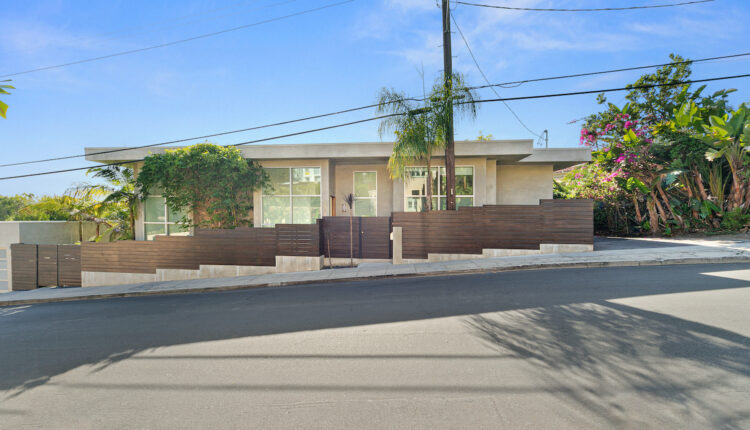 Westward Ho: For the second time in the past decade, a wave of East Coast galleries are flocking to Los Angeles to open outposts as the city’s contemporary art scene continues to thrive.

More than a half-dozen dealers—ranging from upstart names to blue-chip stalwarts—have announced new spaces, collaborations, or pop-ups in the past few weeks. Among those establishing roots in southern California this quarter are Albertz Benda, Danziger, Sean Kelly, Lisson, Pace, The Hole, and Sargent’s Daughters.

“It seems we are not alone in thinking now is a good time for LA,” said Sargent’s Daughters founder and director Allegra LaViola. “There is an undeniable zeitgeist. It is an exciting opportunity to expand our footprint and to both bring artists to LA whose work has not been seen there and strengthen our relationships with LA-based artists, collectors, and institutions.”

LaViola’s new branch is a joint venture between her gallery and Scott Ogden (founder of the New York gallery Shrine), who first partnered in 2018. This summer, they will have side-by-side spaces in the new arts hub of Melrose Hill, occupying a large, flexible storefront at 538 N. Western Ave.

LaViola said the location in Melrose Hill was the only spot she considered. “It seemed like the place to be,” she told Artnet News. “We loved the idea of ​​opening somewhere that is home to established LA galleries like Moran Moran and has a neighborhood vibe—great restaurants, shops, and walkability.”

“Plus, you can see the Hollywood sign from the street,” she added, “which I suppose is the New Yorker version of seeing the Empire State Building for out-of-towners.”

LaViola’s new Melrose Hill area neighbors include Jeffrey Deitch, Regen Projects, Various Small Fires, Matthew Marks, Tanya Bonakdar, and Matthew Brown. And that list is about to get bigger: Lisson will launch his own two-story, 8,000-square-foot building this fall, while Sean Kelly will open an LA spot this spring.

LA is “booming as a cultural center,” Kelly told Artnet News upon announcing his new project in November.

Once the site of a 1940s car showroom, the 15,000-square-foot gallery space features a permanent Skyspace by Turrell that’s unique to the city. Bill Griffin and Maggie Kayne, the founders and partners of Kayne Griffin, will become managing partners at Pace.

Other galleries that recently opened in the city are planning some of their first big outings for Frieze LA, the third iteration of which is set to open this week in Beverly Hills.

“We have realized that our dialogue with California-based artists and clients was from a New York-centric view, rather than a full engagement with a city we personally love and professionally deeply respect,” Benda told Artnet News.

“The rise of LA as one of America’s art capitals is obvious,” added Albertz. “We all are experiencing a much more decentralized art market—whether triggered by the pandemic or not.”

The pair settled on West Hollywood for the new branch, which will host a mix of programming from Albertz Benda, which deals in contemporary art, and Friedman Benda, which is more design oriented. “West Hollywood, to us, is like a common denominator. If our collectors don’t already live here, they live close by, they pass through often, this is where they meet and dine,” added Albertz, noting that with their new gallery, they are leaning into the LA vibe in a “beautiful mid-century home with lots of natural light and big open spaces.”

James Danziger, longtime head of Danziger Gallery, is similarly excited about the space afforded by the West Coast. “Our Los Angeles space is huge,” he said, explaining that it spans “4,000 square feet” and features “natural light from skylights.”

That’s a notable departure from the gallery’s current New York setup. “After Covid hit we moved out of 980 Madison into an ‘appointment only’ space on 76th and 5th which has worked out really well as more of a showroom than a gallery given how much business is now done over the internet,” the dealer said . “But doing shows is still important to me and our artists so this bi-coastal set-up makes sense.”

While other westward-bound dealers have targeted Hollywood, Danziger is setting up shop in the coastal city of Santa Monica, joining 18 galleries in the city-owned Bergamot Station arts complex. For him, the sense of community was also a major selling point.

“I’ve been welcomed with open arms by the other galleries who all wrote to the City of Santa Monica to endorse my application,” he said.


Want to stay ahead of the art world? Subscribe to our newsletter to get the breaking news, eye-opening interviews, and incisive critical takes that drive the conversation forward.