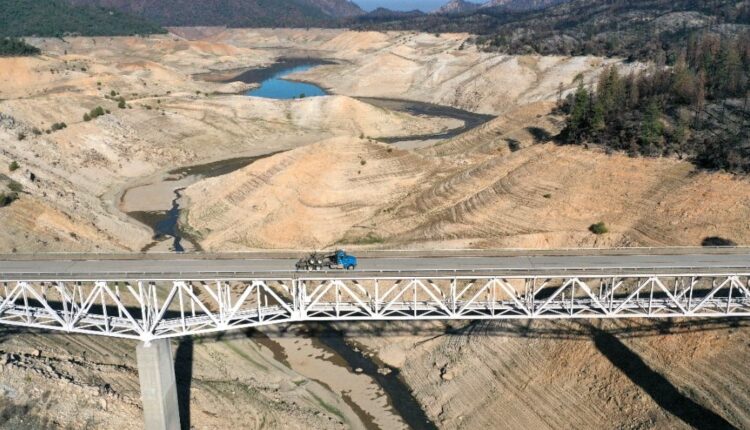 LOS ANGELES, CA – Well into the dog days of summer, California is feeling some of the greatest impact from the historic mega-drought.

On Thursday, California was forced to shut down the Edward Hyatt Power Plant because the Lake Oroville Reservoir ran out of water to power it. On Tuesday, the state’s Water Resources Control Board voted to restrict access to water for thousands of farmers in the Central Valley. And officials in the city of Mendocino announced they were running out of water, leading to water rationing efforts and proposals to move water by train.

“The fact remains that water supplies are extremely limited and we are running out of options,” said Ernest A. Conant, regional director of the Bureau of Reclamation California-Great Basin, on Thursday.
The board justified the restrictions by stating that they were necessary to maintain drinking water for 25 million Californians.

Karla Nemeth, director of the California Department of Water Resources, said the closure of the Edward Hyatt power plant was just one of many worrying concessions to the drought.

“This is just one of many unprecedented impacts we are experiencing in California as a result of our climate-induced drought,” said Nemeth.

US Drought Monitor Map of Current Drought Conditions across California.

The decision to restrict water access has a huge impact on the Central Valley farms and overall agriculture in the state, but the growing season is coming to an end for most crops. If similar water restrictions were put in place in the spring, the impact on the state’s agriculture and livestock farming would be even more devastating.

That month, the Farmer’s Almanac released its forecast for a drier than normal winter in California. The west can expect some violent storms moving inland from the Pacific in the second week of January and late February, but they will most likely not ease drought conditions, according to the Farmer’s Almanac.

This year is the third driest year so far on record, following a drought 2020.
Beyond the dry lake beds and historically low reservoirs across the state, the drought is affecting the daily lives of many people across the state who face water insecurity.

In Mendocino, restaurants and hotels have paid for their customers to haul water, but even that option must dry up, ABC News reported. One restaurant owner closed the dining room several days a week while other businesses closed their bathrooms and offered porta potties instead.

In July, the governor urged all residents to reduce water consumption by 15 percent. For most of the residents it was a recommendation. The governor, embroiled in a recall, has yet to resort to the controversial mandatory water cuts that marked the last drought in 2015.