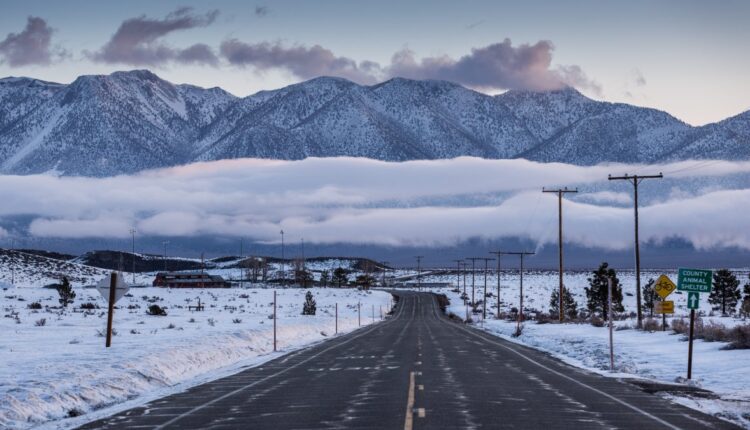 Presidents Day is bringing cloudy skies, much cooler temperatures and the chance for some snow and drizzle to Southern California.

Starting Monday morning, areas of possible drizzle will move through the region, with more clouds and moisture inland and sunnier skies at the coast. There’s a larger chance of precipitation toward the San Gabriel Valley, but even that won’t amount to much.

Tuesday is when the moisture will really pick up, with light showers in the San Fernando Valley in the morning, some sunshine in the middle of the day, and the most difficult weather arriving late on Tuesday night.

That’s when the drizzle could turn into some thunderstorms, small hail and lightning, continuing into Wednesday morning. There’s also a chance for sleet, a form of wintry precipitation that is often mistaken for hail and snow.

The precipitation is due to a cooler storm system moving down over California from Alaska.

“The temperatures are going to be much cooler than what we had over the weekend and at the end of last week,” said NBC4 meteorologist Belen De Leon. “Not much of a temperature range here!”

The winter storm headed toward SoCal will help provide much-needed moisture, but it might also cause some problems as the snow level drops to 2,000 feet.

There is a winter weather advisory in effect for the mountains, including mountain passes, on Tuesday and Wednesday. A winter storm system brought a pool of cold air into SoCal in February 2022, with snow levels dropping to 2000′. Snow and ice are likely over both the Grapevine and the Cajon Pass. A Winter Weather Advisory and Winter Storm Watch were posted in the mountains.

Travel in areas under winter weather advisories and warnings could be “icy and dicey,” according to De Leon, so it’s a good time to break out the snow chains.

The snow in the mountains and mountain passes could linger past the thunderstorms on Wednesday morning.

Lakers: Malik Monk Sounds Like He Wants to Stay in Los Angeles – All Lakers