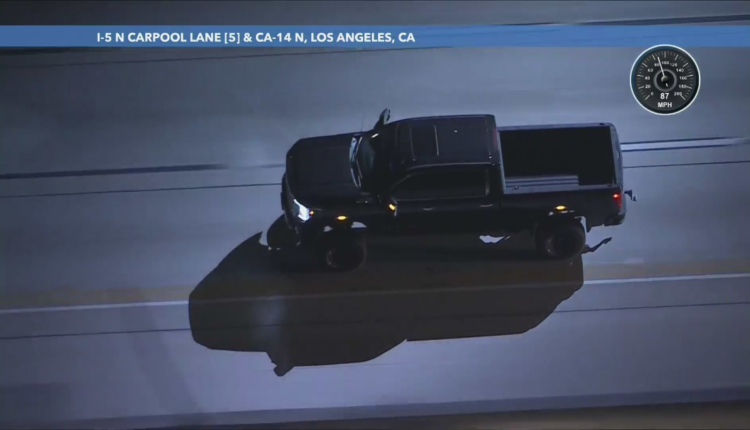 A driver wanted on suspicion of domestic violence fell on Freeway 5 in the Lincoln Heights area Tuesday night after leading authorities in a pursuit through the San Fernando Valley.

Sky5 was on the chase around 6:40 p.m. when the black GMC Denali drove south on the 5 Freeway in the New Hall Pass area and eventually passed through the Sunland, Burbank and Los Angeles areas.

The California Highway Patrol said the driver was wanted for domestic violence.

The vehicle crashed shortly after 7 p.m. on Freeway 5 in Lincoln Heights

The driver was arrested shortly afterwards by CHP.

Look back for updates on this evolutionary story.