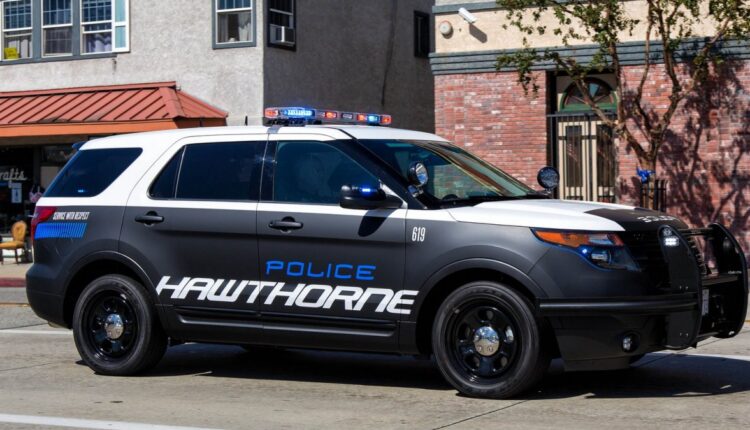 A man was killed in Hawthorne on Saturday, and authorities are investigating the possibility that he was beaten to death by people pulling him out of a truck that nearly missed several customers on a sidewalk outside a store.

The driver had a previous verbal argument at a shop on the 14200 block of Hawthorne Boulevard and was told to leave, but returned to the sidewalk in his truck and almost met several customers, sheriff officials said.

The man eventually lost control of the truck and crashed it into a tree.

Police responded at 2:10 a.m. at Block 14200 on Hawthorne Boulevard and found the victim, who was pronounced dead at the scene, said Deputy Miguel Meza of the sheriff’s information office.

Meza said there were four male suspects but no description was available.

No further information was released.

Anyone with information about the incident was encouraged to contact the Los Angeles County Sheriff’s Department Homicide Division at 323-890-5500.

Anonymous tips can be requested from Crime Stoppers at 800-222-8477 or submitted online at lacrimestoppers.org.