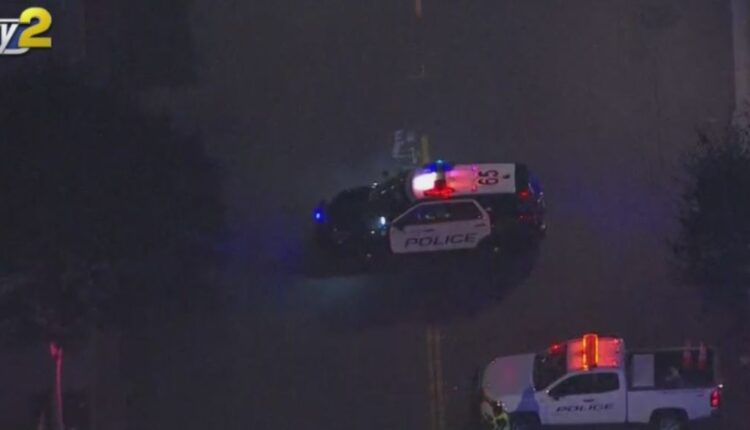 BEVERLY HILLS (CBSLA) – A suspect was arrested Tuesday night after an incident in which a driver allegedly tried to run over a Beverly Hills police officer during a traffic stop and then lead the authorities in a pursuit.

The incident began at 7:38 pm when a Beverly Hills police officer tried to pull over an unpublished Kia near Rodeo Drive and Santa Monica Boulevard for a code violation.

The officer drove over the Kia and stood behind it as the driver shifted into reverse, hit the cop’s patrol car, and then sped west on Santa Monica Boulevard, police said.

CONTINUE READING: Authorities revealed victims of a fatal accident on Highway 57 in Fullerton on Monday

The officer was not injured.

A chase followed before the suspect exited the Kia in an alley near Linden Drive and Charleville Boulevard.

The police set up a perimeter and eventually found someone and arrested them. Two handguns were also found.

Early on Wednesday morning, police said it was unclear how many people were driving the Kia and whether there were still any suspects. It is also unclear whether the arrested person was the driver.

For Older Adults, Smelling the Roses May Be More Difficult