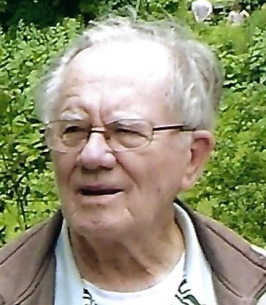 Donald L. Griffiths, age 91, of Shawano, died peacefully early Tuesday morning, January 25, 2022 at The Cottages Memory Care Unit, where he had resided for the past three weeks.

Donald was born on July 26, 1930 in Glendale, California to the late David and Mabel (Gaarder) Griffiths. Donald graduated from Alhambra High School and later attended Cal-Poly, where he earned his bachelor’s degree, a master’s degree in ornamental horticulture, and a doctorate in metaphysics. He also served in the US Army during the Korean War.

When he returned from service, Donald Junior was a high school teacher teaching agriculture in the San Fernando Valley. He then moved to the art department, where he taught ceramics and general art. He was an accomplished artist and gardener. On August 31, 1957, Donald was married to the former Bethany Warren at Oneonta Congregational Church in South Pasadena, CA. The couple lived in California until 2019 when they moved to Shawano to be closer to family.

His memory will live on with his 63-year-old wife, Bethany, of Shawano; his daughter Linda (Talbot) Hanley of the town of Underhill; his son Larry (Kathy) Griffiths of Calimesa, CA; three grandchildren, Derrick, Cameron and Heather; eight great-grandchildren; and a nephew, David Rambaugh. He was preceded in death by his sister, Barbara Griffiths.

A memorial service for Donald is tentatively scheduled for late February 2022.