Dog rescued from LA River after massive storm in California 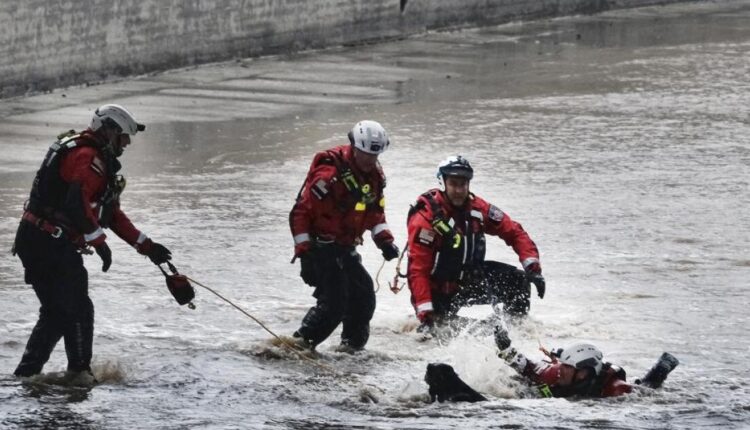 LOS ANGELES (AP) — A late-season storm was clearing out of drought-stricken California on Tuesday after dousing parts of the state with downpours and mountain snow.

Rainfall totals varied widely but some areas were drenched by the storm, which followed a winter of historically dry weather.

The Santa Cruz and Big Sur mountains south of San Francisco had totals ranging from 2 inches to more than 4 inches (2-10 centimeters) between Sunday and Monday.

Highest rainfall totals in Southern California were near or above 2 inches (5 centimeters).

Two adults and a dog were rescued from the Los Angeles River after the rainfall caused it to roar to life Monday. Firefighters initially rescued a woman but her dog got away. A man jumped in to save the dog but then had to be rescued. Specially trained water rescue firefighters finally got the dog out of the river.