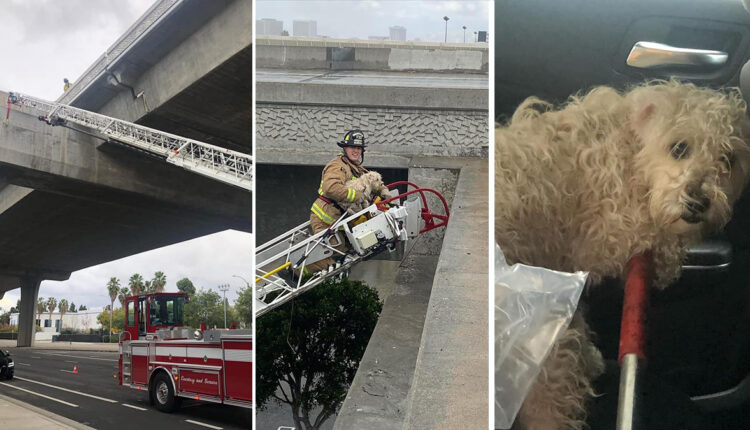 A puppy that somehow got stuck on a 105 freeway overpass was rescued Monday by firefighters with the El Segundo Fire Department.

It wasn’t immediately clear how the pooch was caught on the flyover east of the Pacific Coast Highway.

According to the fire brigade’s Facebook page, the scary puppy caught the rescuing firefighter several times during the rescue.

NBCLA got in touch and the shelter said the dog was no longer in the system so it was most likely picked up by its owner.