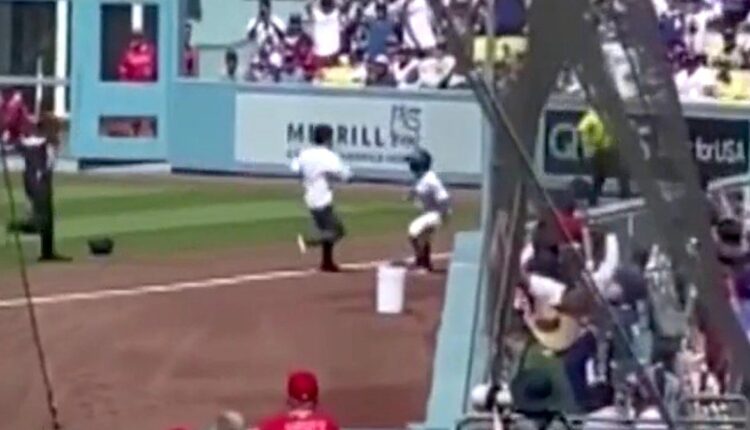 A ball girl received some of the game’s most enthusiastic cheers when she entered Dodger Stadium on Sunday to end a fan romping around the outfield.

The video shows the fan running towards the right field foul line with security guards during the Freeway Series game against the Angels. The man had already evaded several attempts to stop his frolicking in the outfield.

Then he started heading for the right foul line – an unfortunate decision. The video shows the ball girl adopting an athletic stance, ready to rush and block the fan’s path before storming over the wall and into the stands.

He was arrested by security forces.

Injuries Mount as Sales Reps for Device Makers Cozy Up to Surgeons, Even in Operating Rooms