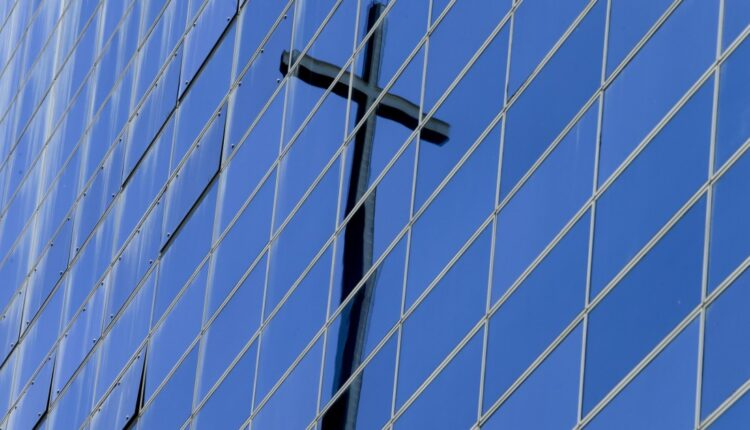 For more than two years, the Roman Catholic Diocese of Fresno has promised to issue a list of priests who are credibly accused of sexual abuse.

Well it finally happened. The list was recently put online and contains the names of more than 60 clergymen accused of misconduct against minors and young adults. In a list of frequently asked questions, the Diocese says it was published “in the interests of further transparency, accountability and pastoral response to Diocese of Fresno Victim survivors.”

“Some members of the family – priests, and deacons [others] in positions of trust and leadership – behaved badly, ”said Bishop Joseph V. Brennan in a statement posted on the Diocese of Fresno’s website. “That is to say the least. Let’s face it, abuses against the innocent and vulnerable are really bad, plain and simple. The pain, suffering, betrayal and loss of innocence that many victims feel last a lifetime. “

But to understand the whole situation we have to step back a little. The Diocese of Fresno comprises 87 wards in eight counties (Fresno, Tulare, Kings, Kern, Inyo, Madera, Merced, and Mariposa). It serves an estimated 1.2 million Catholics.

The Diocese of Fresno is one of the last in California to publish a list of credibly accused priests, according to Fresno Bee. Almost all dioceses in the country published lists in 2018 and 2019.

“This list is not because the Diocese of Fresno is suddenly altruistic or even doing the right thing. It is a product of the pressure exerted on them by the survivors, public outcry and lawsuits brought against them, “Jeff Anderson & Associates attorney Mike Reck told the Times. The Minnesota-based law firm represents victims of sexual abuse nationwide, including those who have indicted priests in the Fresno Diocese.

When asked about the date, the diocese referred to a publication in which the list is referred to as “the culmination of two years of work that began in May 2019”. The diocese also highlighted Brennan’s testimony. In it, he says that it was his intention to publish the list last year during Lent, the 40-day period before Easter.

“That did not happen, of course, but now the time has come for our local church to be touched by its own full measure of repentance and penance. When all is said and done, brothers and sisters, it is never too late to do the right thing, ”Brennan said in the statement.

Power was given to the victims thanks to the Assembly’s Bill 218, enacted in 2019 by Governor Gavin Newsom. He extended the limitation period for reporting sexual assaults in childhood from the age of 26 to 40, and provides a time window of three years for the revival of past claims that may have expired due to the limitation.

“For a survivor, that means: this is important. Your story counts and you have a chance at justice, ”says Reck about the bill. “You still have to prove your case, but at least you get to the door of the court.”

What happens next? After the victims see the list, they can start reviewing their options.

“Lawyers and attorneys like our office will get calls saying one of two things; either … ‘my perpetrator is on this list, I can’t believe it. I thought I was the only one. What rights do I have? ‘”Says Reck. “The other call we get is from survivors who say, ‘I heard about this list and went on the internet and my perpetrator is not there. It’s so painful. What can I do? Does this guy still hurt kids? How do I get his name out? ‘”

And now this is what happened in California.

Local residents displaced by the LAPD fireworks explosion feel angry, alone, and ignored. More than a month after the LAPD blew up the 700 block of East 27th Street while trying to safely set off a warehouse containing illegal fireworks, displaced families say they are still struggling to get their lives back on track bring. Some complain of injuries sustained in the explosion. Others have lost their jobs. “It’s a pretty bad situation.” Los Angeles times

The 82-year-old TikTok sensation and her secret weapon. Annie Korzen is a prudent dropper of the F-bomb on her TikTok channel, who has had more than 223,000 followers and 2.2 million likes in less than four months. The professional storyteller and television actress prefers colorful language as well as colorful clothes, accessories, works of art, furniture and friends. Her personal flair and conflicting inclinations explain her popularity on a social media platform dedicated to baby dancing and fashion tutorials, but her secret weapon, she says, is her 30-year-old best friend, Mackenzie Morrison. Los Angeles times

Newsom wants voters to ignore the second question of the recall vote. You do not have to. Newsom and prominent Democrats have told voters how to fill out the part of the ballot that keeps him in office. But they did not state that voters also have the right to choose a possible replacement. “Leave it blank,” said Nathan Click, a Newsom advisor, of the replacement election. This message, while simple, is misleading. Los Angeles times

The California attorney general’s office on Monday brought charges against a Los Angeles police officer who shot and killed a mentally disabled man during an off-duty confrontation at a Costco store in 2019. Salvador Sanchez, 32, was arrested Monday in Riverside County on charges of negligent homicide and double assault with a gun, the criminal complaint said. Sanchez’s attorney David Winslow did not immediately respond to calls for comment. Los Angeles times

A public broadcast video from the San Diego County Sheriff’s Department about the dangers of fentanyl sparked a backlash. The video shows a MP who allegedly overdose after brief exposure. There’s only one problem. The risks of so-called passive exposure to synthetic opioids such as fentanyl are exaggerated according to interviews with medical professionals and scientific studies: “I fear that the officials themselves will be psychologically harmed.” Los Angeles times

A “good soul” goes on. I recently told you about the man who died after being struck by lightning. The Fresno Bee spoke to the people who were there in Nicholas Torchia’s final moments. A pastor and his friend who sought help reached Torchia within 20 seconds of the lightning strike. Pastor Andy Cornett took Torchia’s hand and assured him that they would get help. “He thanked me and asked me to stretch his legs,” Cornett told his family. “That was the last thing he said.” Fresno bee

The San Francisco Tamale Institution is in the spotlight. Alicia Villanueva, owner of Alicia’s Tamales Los Mayas in San Francisco, started selling her tamales door-to-door more than a decade ago to get the business up and running, to take care of her family. Since then, she has partnered with an incubator that cultivates food business owners. This led Villanueva to take her business to new heights. Now she has added online retail sales of her tamales and salsa through Williams-Sonoma and is exploring more outlets. Next city

A woman drove off a cliff after someone accidentally opened her door, Santa Cruz police said. The woman was sitting in her parked car when a person opened her door and thought she was stepping into the passenger seat of her car, which was a similar model and color. The cars were parked side by side and the authorities said the person could not see well at night. According to the police, it was a real accident. Los Angeles times

Los Angeles: 86th San Diego: 77th San Francisco: A person posted a video on Reddit a few weeks ago of people driving garbage cans in San Francisco. Um, sup with that. I asked the police about it. I’ll get in touch when you answer. 69. San Jose: 84. Fresno: 104. Sacramento: 101.

In 1982 I accepted a teaching position in Los Angeles that was lured away from NYC by the promise of sunshine and romance. What surprised me the most was the courtesy of the drivers on the streets of Santa Monica, my new home. As I approached a zebra crossing, cars carefully stopped and waved me through. Proud to be laid back and the opposite of their East Coast counterparts, my neighbors in Santa Monica avoid any New York influence. The decades have changed the city and so have the people.

The Santa Monica City Hall murals “give the wrong idea of ​​our history,” said tribal chiefs