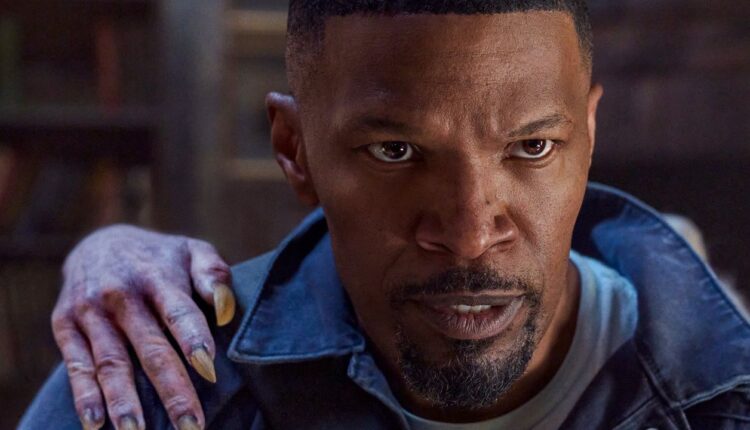 Netflix has released a promo video for their impressive 2022 movie slate, and amongst the glimpses of exciting projects sits the Jamie Foxx starring Day Shift. Alongside the Netflix clip, which offers several snippets of the first footage from the upcoming action movie show Foxx battling vampires, something which audiences have no doubt always wanted to see, the streaming giant has also released an official image from Day Shift via NetflixFilm.

Day Shift sees Academy Award winner Jamie Foxx leading the way as a hard-working, blue-collar dad who just wants to provide a good life for his quick-witted daughter. By day, he works a mundane San Fernando Valley pool cleaning job, but this is simply a front for his real source of income, hunting and killing vampires as part of an international union of vampire hunters.

MOVIWEB VIDEO OF THE DAY

Day Shift will mark the directorial debut of JJ Perry, who is best known for his work as a second-unit director and stunt coordinator for such action movie outings as The Fate of the Furious, Bloodshot and, the John Wick series, suggesting that action Sequences showing Foxx’s affinity for vampire hunting should impress audiences.

The script for Netflix’s Day Shift has been written by Tyler Tice, with revisions having been penned by Shay Hatten of John Wick: Chapter 3 – Parabellum fame. John Wick director Chad Stahelski is on board as a producer alongside Jason Spitz for 87Eleven Entertainment; Shaun Redick and Yvette Yates Redick for Impossible Dream Entertainment. Foxx is executive producing with Datari Turner and Peter Baxter. With so much influence from the team behind the modern action classic franchise, John Wick, Day Shift certainly has the action pedigree needed to make the movie a popular Netflix outing.

Alongside the ever-reliable Jamie Foxx, Day Shift has amassed a solid supporting cast, which includes the likes of the always hilarious Dave Franco, rap icon Snoop Dogg and action movie legend Scott Adkins. Meagan Good (Shazam!), Karla Souza (How to Get Away with Murder), Eric Lange (Escape at Dannemora) and Zion Broadnax (Sydney to the Max) are also tapped to star, with the rest of the ensemble cast made up of Natasha Liu Bordizzo (The Voyeurs, The Society), Oliver Masucci (Dark, Enfant Terrible), Steve Howey (Shameless), and CS Lee (Dexter, Nora From Queens).

“Day Shift is a pulse-pounding thrill ride with action, danger and grounded comedy mixed with a deep mythology, the key ingredients for the absolute best time you can have watching a movie,” Producer Shaun Redick said of working on the project back when it was first announced. “We couldn’t be more excited about producing this at Netflix starring with Jamie Foxx!”

Day Shift is due to hit Netflix later this year. The vampire-hunting action flick is just one of several major projects scheduled to land on the streaming platform in 2022, including The Adam Project starring Ryan Reynolds, The Gray Man starring Ryan Gosling and Chris Evans, Enola Holmes 2 with Millie Bobby Brown and Henry Cavill, and Knives Out 2 starring Daniel Craig.

JJ Perry, best known for his work as stunt coordinator on films like The Fast and the Furious and Bloodshot, will make his directorial debut on the film.

Movie Fanatic. movie maniac. Asserting his opinion wherever he goes, whether it is warranted or not. Writing for www.movieweb.com since 2019. Follow me @ https://twitter.com/FugitiveJon.