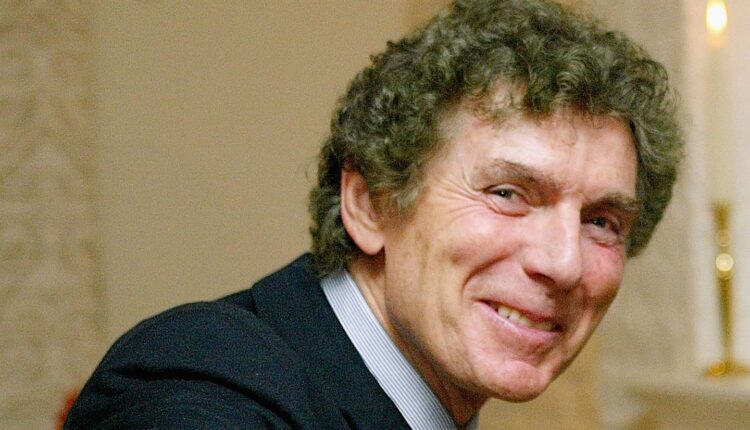 David Birney, who played classical theater roles on Broadway but was best known for his expansive work on television, including as a star of the popular but short-lived sitcom “Bridget Loves Bernie,” a portrayal of interfaith marriage that paired him with his future wife, Meredith Baxter, died April 27 at his home in Santa Monica, Calif. hey what 83

The cause was Alzheimer’s disease, his daughter Molliebirney said.

Mr.birney toggled between theater and television roles for four decades, appearing onstage as Hamlet, Romeo, Richard III and Macbeth while also starring in TV shows and taking paycheck parts in made-for-TV movies like “Someone’s Watching Me!” (1978), a John Carpenter horror flick that paired him with Lauren Hutton, and “Mom, the Wolfman and Me” (1980), a romantic comedy with Patty Duke.

Taking the role that Al Pacino earned an Oscar nomination, he starred as an honest cop battling police department corruption in the crime drama “Serpico,” which premiered in 1976 but was canceled after one season. He also played President John Quincy Adams that year on the PBS miniseries “The Adams Chronicles,” and was featured on the first season of “St. Elsewhere” as the seductive Dr. Ben Samuels.

To many viewers, he was best remembered as Bernie Steinberg, the Jewish cabdriver and struggling playwright who marries Bridget Mary Theresa Colleen Fitzgerald, the Catholic schoolteacher played by Baxter on “Bridget Loves Bernie.” Created by Canadian writer Bernard Slade, the show was loosely inspired by a 1920s Broadway play, “Abie’s Irish Rose,” and became the highest-rated new series on television when it premiered on CBS in 1972, airing on Saturday nights between “All in the Family” and “The Mary Tyler Moore Show.”

But the show was heavily criticized by some Jewish groups, including religious leaders who said it “mocks the teachings of Judaism” by promoting interfaith marriage. One of the show’s first episodes showed a priest and a rabbi co-officiating the characters’ wedding. (In real life, Mr.birney was Irish Protestant.)

“The program treats intermarriage, one of the gravest problems facing Jews today, not only as an existent phenomenon but one that should be totally accepted,” Rabbi Balfour Brickner, a voice of Reform Judaism, told the New York Times. He added that “the program treats intermarriage in a cavalier, cute, condoning fashion, and deals with its inevitable problems as though they’re instantly, easily solvable.”

CBS President Robert D. Wood defended the show, noting that producers had brought on Jewish and Catholic clergy as advisers. Canceling “Bridget Loves Bernie” under pressure, he said, would “do a disservice to the millions who obviously like it.” Yet within six months of its premiere, the show was dropped from the network’s schedule and went off the air.

Even as the show aired, he seemed to resent being involved with a lighthearted sitcom, saying he would prefer to return to Shakespearean roles on the stage. “I only took the TV series because the options for actors get fewer and fewer,” he told the Times, adding: “I’ll go anywhere at any time to do Romeo — you can print that.”

Still, it was through “Bridget Loves Bernie” that he met Baxter, who later starred as the matriarch on the hit 1980s sitcom “Family Ties.” They married in 1974 and divorced 15 years later, after collaborating together on productions including “The Diaries of Adam and Eve,” a play that Mr.birney adapted from stories by Mark Twain.

In a 2011 memoir, “Untied,” Baxter wrote that Mr.birney was physically and emotionally abusive during their relationship. “His feelings seemed to take him overboard,” she recalled, adding that Mr.birney was once complaining about “Bridget Loves Bernie” when she dismissed some of his frustrations — “David! It’s just television!” — and he knocked her to the ground. “It was so sudden and unexpected, I couldn’t tell you which hand hit me, or even how hard,” she wrote.

Mr.birney called the abuse claims “an appalling abuse of the truth,” describing her memoir in a statement to People magazine as “a kind of fairy tale.”

David Edwinbirney was born in Washington on April 23, 1939, and grew up in Cleveland. His father was an FBI agent, and his mother was a homemaker.

Acting in a high school production of WS Gilbert and Arthur Sullivan’s “HMS Pinafore” “just blew his heart open,” his daughter said in a phone interview, inspiring him to build a career in show business. “There was a ton of arrogance and charm there that was both lovable and impossible,” she added, “but truly, he was devoted to the theater and his children — those were his two great loves.”

After graduating from Dartmouth College in 1961, Mr.birney received a master’s degree in theater from the University of California at Los Angeles and served in the Army. He launched his acting career in 1965, appearing in Noël Coward’s “Hay Fever” at the Barter Theater in Abingdon, Va.

Two years later he arrived in New York, initially working as an understudy for a New York Shakespeare Festival production of “The Comedy of Errors.” “Three days before the opening … [producer] Joe Papp came to me and said, ‘You’re Antipholus of Syracuse,’ ” Mr.birney recalled in an interview with the Los Angeles Times. “It was a very sweet leading character to play, because the character doesn’t know what’s going on and I didn’t either.”

In 1968, Mr.birney received Theater World and Clarence Derwent awards for starring in Ron Cowen’s off-Broadway play “Summertree.” He played a sensitive young man — the Michael Douglas role in a 1971 movie adaptation — who drops out of college and is drafted into the Vietnam War. New York Times theater critic Walter Kerr raved about his performance:

“He has got so close to the languors, the angers, the bursts of affection and the waves of dismay that overtake a youngster trying to piece a life together before a battlefield can blow it to bits that he becomes indivisible from the play. We stop thinking of him as a performer. … Impossibly and perversely, perfection conceals the actor in the actor.”

On Broadway in the 1980s, Mr.birney starred as a replacement actor in “Amadeus” as composer Antonio Salieri and in Michael Frayn’s “Benefactors” as an idealistic architect. He also continued acting on television, where his credits included roles on “Hawaii Five-O,” “The Love Boat,” “Glitter” and “Murder, She Wrote.”

Mr.birney lived in California for decades, although he sometimes commuted cross-country to work on the New York stage, maintaining what he described as a childhood promise to himself to do works of classic theater.

“The simple event of telling the story, creating on that night a real sense of community that we have all shared this experience — if it’s done well, there are very few things that are more gratifying,” he told the Globe and Mail. “That evening will never come again, and as you get a little older you get maybe more aware of the fragility of our lives, of the temporary nature of how we caretake things rather than own them, whether they’re objects of art or children or works of literature.

“On that journey,” he continued, “to stop and share for a moment with other people is extraordinary.”