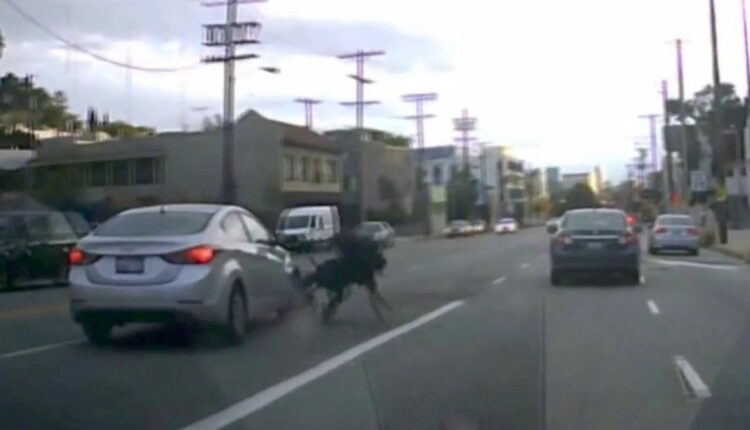 A cyclist avoided serious injury in a frightening hit-and-run accident captured on dashboard camera video in the Silver Lake area.

The accident happened around 4:20 p.m. on Jan. 16 on Glendale Boulevard near Allesandro Street, police said. Dashcam video of a trailing car shows the driver of a silver 2012-2016 Hyundai Elantra punching the cyclist, knocking him off the bike.

He manages to quickly get up from the busy street, dodge traffic and run to the curb. He suffered minor injuries.

The driver continued southbound on Glendale Boulevard and was last seen from Allesandro Street heading west on Berkley Avenue. The Hyundai likely has right front end damage and is missing the right front hubcap, police said.

Anyone with information was asked to call Los Angeles Police Detective Juan Campos at 213-833-3713 or email him at [email protected] Outside of business hours or on weekends, calls should be made to 1-877-LAPD-24-7. Those wishing to remain anonymous should call the LA Regional Crime Stoppers at 1-800-222-TIPS.