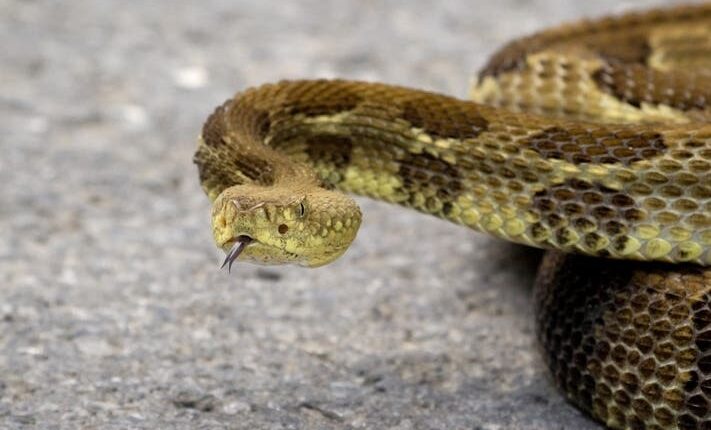 “You sent me a picture, yes it is a big one, must go!” he said Patch in a short telephone interview. (Seriously, he’s busy, we didn’t want to take up much of his time).

Now in the midst of a worsening drought, the Golden State has seen tremendous spikes in rattlesnakes in its bone-dry topography as temperatures continue to rise this summer – it’s the type of weather these snakes thrive in.

Between the risk of a massive forest fire season and a reduced water supply, Californians should also be on their guard against these toxic “nope ropes”. Slyapich said he was recently called to Canoga Park, a neighborhood in the San Fernando Valley, where a resident’s Great Dane was killed by a rattlesnake.

“It’s just an unusual year, last year was one of our quiet years,” said Slyapich.

And not just in Southern California, another Napa Valley owner of a rattlesnake removal company has seen an increase in service calls.

“Rattlesnakes are becoming increasingly common in the places we live, work and play,” Len Ramirez, owner of Ramirez Rattlesnake Removal, told The Guardian. The NorCal rattlesnake catcher told the newspaper that it saw a similar surge during the recent California drought from 2011 to 2019.

“I always remind parents to be a good boy scout before their kids go out to play,” he said.

As drought conditions worsen, snakes aren’t the only creatures emerging from the shadows. More bears have also been seen in unusual locations in the Golden State.

“The bear population is expanding, so bears are appearing in areas they have never seen before,” Rebecca Barboza, a wildlife biologist with the California Department of Fish and Wildlife, told ABC7 last month.

Steve Searles, a wildlife expert in Mammoth, estimates that there are approximately 35,000 black bears in California.

“They are very adaptable and your front yard is just salad for them,” he told ABC7.

Recently, bears have been spotted in people’s backyards and even took a swim in a lake with other beach goers. But even if a bear appears to be behaving in a friendly manner, officials warned that distance should still be maintained.

“Do not feed them, lure them, do not provoke them and, obviously in an environment like this … do not approach them … respect their space,” Lt. Nelson Resendes of Placer County Sheriff’s Office notified KCRA of the lake sighting last month.

The influx of rattlesnakes also poses a threat to hikers, children and outdoor pets on dry summer days. A bite from one of these venomous snakes can lead to serious medical problems and, if left untreated, even fatal.

According to the North American Field Herping Association, there are three types of rattlesnakes in Southern California:

If you come across any of these rattlesnakes this summer, follow these steps, according to the organization:

READ MORE: Snake Safety: What To Do If You See A Rattlesnake