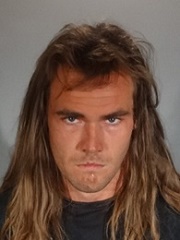 “Mountford mostly recovered from the incident but was claiming residual mental and emotional injuries including ongoing cognitive deficits. The case had been set for trial next month.

“The City does not admit liability, but believes the settlement is in the best interests of the City.”

The incident took place after police responded to several calls shortly after 2 am reporting a disturbance on the 2000 block of Lincoln Court, police said.

Officers had handled a call earlier that morning reporting a similar incident involving Mountford, according to a police media release issued the following day.

The callers reported that Mounteford was “yelling loudly, throwing trash cans around and trying to open car doors.”

“As the officers exited their vehicle, the subject ran towards one of the officers,” according to police.

During an encounter with Rodriguez, Mountford was struck by a single gunshot fired by the officer.

Mountford was booked at the Santa Monica Jail for resisting an officer with force/violence, and the Department launched an administrative investigation in accordance with its policy for an officer involved shooting.

After the incident, Mountford posted several entries and a video on his Facebook page.

“Santa Monica Police Dept Assaulted me at around 2:00 am this morning,” he wrote. “They hit me with something really hard on the back of my head and left a gash, to where I needed to get 2 layers of stitches and 10 staples just to close the wound!”

Earlier he posted the following entry:

“They spill so much of my blood this morning and now they’re gonna arrest me in the hospital WITHOUT telling me my charges! I’m in the bathroom right now posting these before they take me away.

“I want everyone to see some of what I look like before I go into the police dept, so that way if I’m insulted again everyone will see, please help me call whoever you can this isn’t right what’s going on.”

On his Facebook page under the heading “A Little About Myself” Mountford wrote: “I’m a Musician, Singer, and Author in Progress. I like Strange Things and Weird People.”

He also claimed Rodriguez violated the Tom Bane Civil Rights Act, a California law enacted in 1987 to stem a tide of hate crimes that does not require a showing that the violator acted with discriminatory intent or animus.

On January 10, Rodriguez asked the Court to grant partial summary judgment in his favor on the Bane Act claim. Mountford opposed the motion.

The Court also took up a motion by Mountford for partial summary judgment “on certain issues pertaining to his claims against the City and Rodriguez,” according to the pleadings.

“The City and Rodriguez separately opposed the motion, and Mountford filed a response to each opposition. The Court has considered both of Mountford’s reply briefs even though only one is allowed.”

The plaintiff’s attorney, Daniel Balaban, said Rodriguez was fired in May 2020 after an investigation found he violated three municipal codes, according to MyNewsLA.com.

“This settlement offers a sense of justice and vindication for our client who was malignant as a criminal when he was, in fact, a victim of excessive force and civil rights violations by law enforcement,” Balaban said in a statement.

PURPLE IS THE NEW PARTY | Losing our religion – VC Reporter