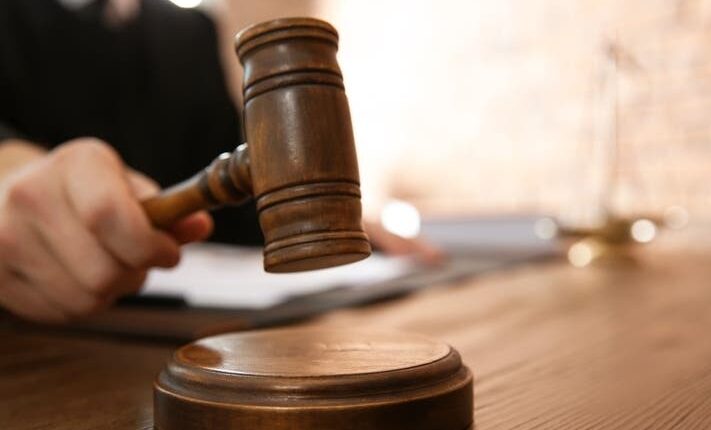 SANTA MONICA, CA – The verdict is set Tuesday morning on a felon accused of shooting a gun in his neighbor’s back yard in Santa Monica.

Jason Scott Walsh, 33, pleaded guilty in August of a single federal charge of felon in possession of ammunition. Prosecutors are calling for a 57-month sentence behind bars, while the defense is recommending a 51-month sentence, according to documents filed in Los Angeles Federal Court.

During the night of January 9, Walsh’s neighbor heard popping noises as he was meeting with eight guests, including children, in his backyard, and then noticed that a hole had been shot in his garage, according to court records.

Santa Monica Police officers responded and discovered a bullet on the garage floor. On the spot, the officers also heard what sounded like suppressed shots from Walsh’s apartment.

The police obtained and executed a search warrant in Walsh’s apartment, where they confiscated a loaded, short-barreled AR rifle with no serial number; two loaded, semi-automatic Polymer80 9 mm caliber firearms with no serial numbers, one with a silencer attached; additional suspected silencers; Firearm magazines; an ammunition reloading device; and 367 rounds of ammunition and 58 9 mm caliber cartridge cases.

Walsh was convicted of a crime in April 2014 on charges of terrorist threats. Therefore, he is not allowed to own any firearms or ammunition.

Quarantine and Tracing Rules Are All Over the Map for Students