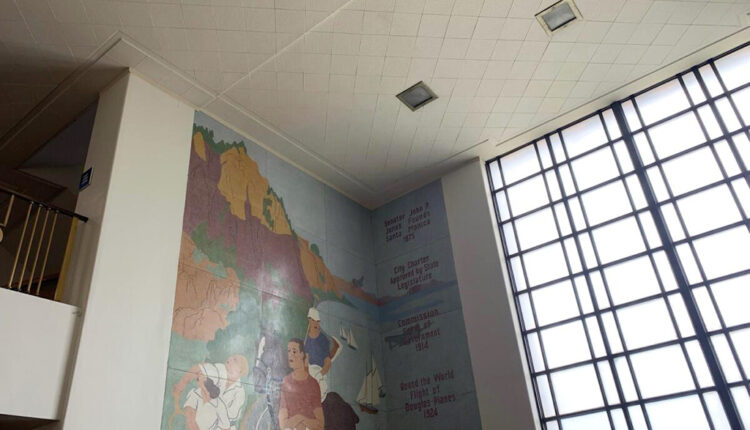 As part of an effort to “recontextualize” two Stanton Macdonald-Wright murals that have caused controversy in the community, the Santa Monica Conservancy plans to examine their historical and cultural context with a diverse panel of experts.

The Conservancy is hosting a webinar on January 23 at 5:00 p.m. with Will South, an art historian specializing in the work of Macdonald-Wright; Kim Morales Johnson, Tongva Tribal Chief and Board Member of the Gabrieliño Tongva Springs Foundation; and Sharon Reyes, a descendant of the owners of Rancho Boca de Santa Monica.

Together, the three speakers will delve into Santa Monica’s early history, uncovering both positive and tragic aspects, and examining Macdonald-Wright’s intentions in designing the murals.

“We expect people to learn many things about the murals that they did not previously know, and to appreciate their importance as historical works of art and shed light on the course of California history and some of the important themes of our history in a very complicated and often difficult, but Things we can all learn from,” said Conservancy Board member Ruthann Lehrer.

Painted in the 1930s by renowned artist Stanton Macdonald-Wright as part of the Work Progress Administration’s public arts program, the two murals are located in the lobby of City Hall. One depicts the first contact between Europeans and the native Tongva, while the other showcases popular activities from the city’s past, including polo, tennis, auto racing, aviation and sailing.

They have drawn criticism for the appearance of natives kneeling before Europeans and the comparative lack of detail in natives’ faces compared to Europeans. In response, the city council has decided to temporarily cover the murals with a permeable metal curtain while the community discusses how best to re-contextualize the mural.

Suggestions for recontextualization include adding educational signage and enriching the area with contemporary art that reflects new perspectives on the city’s history.

The Conservancy hopes the webinar can spark these important conversations and help clear up any misconceptions about the mural.

For example, Lehrer said that the mural does not actually depict natives kneeling to Europeans, but rather natives kneeling to drink from the sacred springs of Kuruvungna, the city’s first water source. In the 18th century, the Spanish monk father Juan Crespi wrote in his diary that the springs reminded him of the tears of St. Monica, which later led to the naming of Santa Monica.

“It is this complexity of our history that is worth exploring and that is one of the reasons we want to present this public information webinar so that people start to understand these meanings, because otherwise it is easy, misunderstanding what you see on the mural. ‘ said teacher.

Local residents can register for the webinar at https://www.smconservancy.org/event/the-city-hall-murals-exploring-their-historic-and-cultural-contexts/.

San Francisco’s Chinatown is caught between past and future