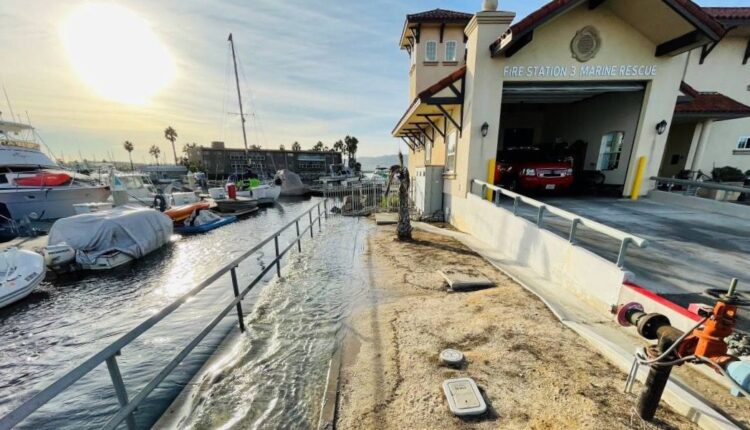 SANTA MONICA, California – The ocean water, said Laurene von Klan, was fascinating. It was like watching the fingers of the ocean dance higher and higher on the shore than she was used to seeing.

Von Klan, a co-chair of Climate Action Santa Monica, recalled the last time she checked the tidal waves in her city, the inspiration for an observation event that CASM will host this weekend.

“It was both peaceful and a reminder that this ocean is mighty and it will go on no matter what we do,” she said.

Flood is an everyday occurrence, the result of the simple movement of water in harmony with the gravitational exchange of the earth, moon and sun. King tides are floods driven to extremes, often a foot or two higher than the typical high water mark.

They occur when the gravitational orientations are just right – they’re regular, expected, and predictable.

And while the ebb and flow of the tides aren’t all that uncommon, the California Coastal Commission notes that they can give researchers an idea of ​​what we might experience due to the rise in sea levels caused by global warming.

On December 4th and 5th, during this month’s King Tide events, the Coastal Commission is requesting Californians – such as Von Klan and CASM – to submit photos to their King Tides Project Photo Gallery for inclusion on an online interactive map.

Government agencies such as Los Angeles County are contributing to the project this weekend; Staff will head to the county’s beaches within 30 minutes of the day’s high tide to snap photos and share them on both social media and the King Tides Project website.

Climate change is a growing concern on the county’s beaches; High surf has caused flooding in parking lots on the beaches of Venice and Zuma, and riparian shelters are regularly built to prevent these floods and protect facilities on narrower beaches.

For Von Klan, King Tide Days are both about marveling at the ocean and warning about climate change.

“This is a way for us to bring people together so they can feel connected in the face of the climate crisis. The fear people have in some cases makes them feel powerless, ”said Von Klan. “Although they connect with other people and are grounded in their local environment, they don’t feel so powerless.”

The adage that honey attracts more flies than vinegar comes to mind – but that doesn’t mean avoiding uncomfortable truths. A possible problem is the combination of floods and winter storm surges, which could cause even greater damage.

“There are houses that may need to be relocated, roads – even major roads that lead to highways – that could be temporarily flooded and closed,” Von Klan said. “When you look at sea level rise in that context, it’s pretty scary. But we’re doing this more to enable people to connect and enjoy the sea, and to find a community to discuss what we can do about climate change. “

For more information on the King Tides Project, including events this weekend and in January, please visit Coasts.ca.gov/kingtides.