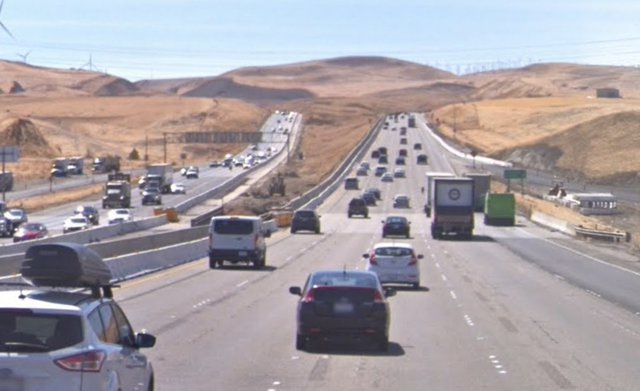 If California’s political leaders are serious about further reducing the state’s greenhouse gas emissions, they need to take the chains off development and significantly increase housing density along the coast.

Coastal California is undoubtedly the “greenest” area developed in the United States.

It has everything to do with its mild Mediterranean climate.

Living in such places requires little cooling in winter and little warming in winter compared to the rest of California.

Cross the Coastal Range in Northern California or the Santa Ana Mountains in the LA Basin and you’ll find yourself in Dante’s Golden State-style inferno in summer with freezing tule fog in the Central Valley and high desert cold cutting you through in winter.

The coastal climate is the reason that the Southern Pacific Railroad, coupled with the forerunner of Sunset magazine, was able to quickly populate much of the coastal region around the turn of the century to leverage its business plan.

California’s coastal land has been marketed as a medical paradise with no hard winter snow and sweltering summer heat.

If in doubt, compare the PG&E bills of a house in Manteca to a house in Pacifica.

Long before the massive snow runoff, a good part of it from the Sacramento River basin, turned the San Joaquin Valley into arguably the most productive farmland in the world, the promised land for agricultural production was California’s coasts.

Places like the San Fernando Valley and the Santa Clara Valley have been overrun with orchards and row crops.

There is also plenty of public transportation on the California coast, so waiting for the next bus or light rail is often just 15 minutes and less than an hour.

And in many cases the prevailing winds cleanse the coastal air of many of the pollutants that cities like San Francisco cause and send them east inland.

This is not a case of Central Valley or even Inland Empire being jealous.

The reason is simple. For nearly three decades, coastal growth bills have increased in inland locations like the northern San Joaquin Valley.

For years now, San Jose-San Francisco has created more jobs and too little housing. Your various suburbs like Pleasanton, Contra Costa, and virtually every East Bay parish you can name follow suit.

They made sure this didn’t happen by restricting new housing construction through courts and government processes, while it became a capital crime for virtually anyone to mention increasing the existing building density to accommodate more housing for the jobs they create In order to keep the money rolling in larger amounts from year to year.

Local coast officials love to call it a regional problem and then push communities three mountain ranges away from San Francisco into the region, not to spread the wealth per se, but to spread the problem. It effectively dilutes the cost to the Bay Area for the problems they create. It forces the Exburbs like Manteca, Tracy, and Lathrop to not only deal with the problems the Bay Area creates, but also to take the bill.

It conveniently reduces the burdens from cities that are home to lucrative property taxpayers like Google, Facebook, and eBay, etc., to places like Manteca, Tracy, Lathrop, Stockton, Modesto, and finally, cities even further away.

To argue that it doesn’t, one has to believe that Manteca would still have grown by 20,904 people, or 31.2 percent, between 2010 and 2020 if all things were the same. At the same time, all of San Joaquin County would still grow 13.7 percent, while Marin, San Francisco, San Mateo, and Santa Clara counties would continue to have anemic collective population growth of 6.5 percent in the same decade.

Not only do the four Bay Area counties have more amenities, but three – with the exception of Marin – have created tons of high-paying jobs. Cities east of the Altamont Pass will never land.

Marin, a logical place based on distance for many of those filling new jobs in San Francisco to live, has effectively ceased land development.

You cannot build a building more than 9 meters tall in Marin County, which means that high-density apartments like the ones that are now being built around the BART station in Dublin cannot be built. Many parts of Marin County have at least 20 acres of construction sites, making projects like Mountain House and River Islands in Lathrop, San Joaquin Counties, answer to much of the job-rich Bay Area’s housing needs that their economy generates.

Meanwhile, the commute to work required to house workers that drive Bay Area businesses to produce the wealth that keeps the Mark Zuckerbergs and Elon Musks billionaires of the world on a weekly basis puts a strain on communities like Manteca. This strain encompasses everything from congested and deteriorating roads to community services struggling to keep up with never-ending growth.

Worse, Sacramento – where the coastal population controls the legislature – puts the burden of greenhouse gas emissions on those who travel long distances to do the jobs that keep the coastal economy going. And all because of the absolute failure of the coastal communities to build the homes to meet the needs of their own labor market.

Meanwhile, coastal communities are reaping the benefits of boosted economies without having to pay many bills.

At the same time, those forced to commute to find accommodation they can actually afford with annual paychecks of more than $ 100,000 are faced with the higher energy bills required to cool and heat their homes.

Unsurprisingly, the move to ban the use of natural gas per unit of heat used, and on a cost basis, is a far more efficient way to heat a home, stemming from the green movement that thrives in the mild Mediterranean climate of California’s coastal cities.

Inland California not only pays the price that coastal California is prosperous, but it can also pay the bill so that “coasts” can have a clear conscience of what their development patterns have done to other parts of the state.

This column is the opinion of editor Dennis Wyatt and does not necessarily reflect the views of The Bulletin or 209 Multimedia. He can be reached at [email protected]