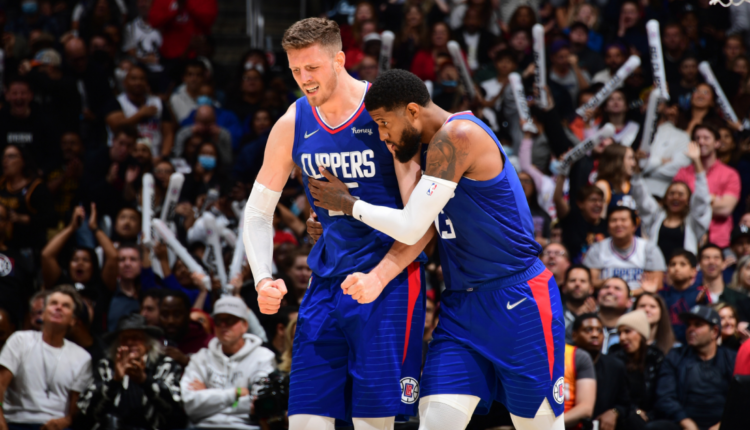 For the LA Clippers, the 2022 NBA Draft will likely be just another night.

The Clippers do not have a first round pick and their second round selection is quite late, landing at No. 43

But despite having such a late pick, the Clippers are optimistic about the type of player they can add to their roster.

“We know it’s 43, so it’s hard to say exactly who obviously will be there,” Clippers President of Basketball Operations Lawrence Frank said at his end of season press conference in April. “But we’re excited about a group of guys that we think will be in that range, and we’re also looking forward to studying, getting over these next two months taking a deeper dive on them. We’re also flexible and open to it.

“But we’re also flexible in that we’ll listen to everything that goes around in the league, and I think we’ll just learn a whole lot more over the next couple months.”

So where do the Clippers land in the draft order? Here is everything you need to know ahead of the 2022 NBA Draft.

The Clippers do not have any picks in the first round. Their only selection is in the second round and lands very late at No. 43 jumpsuit.

A championship contender with superstars like Kawhi Leonard and Paul George on their roster, the Clippers are in the market for either win-now steals or long-term projects. Any rookie who isn’t ready to contribute right away likely won’t see the floor much in 2022-23.

Here is the latest projection for the Clippers, according to TSN’s draft savant Kyle Irving:

Diop is an athletic 7-footer and is just 20 years old. He’s the type of long-term prospect that wouldn’t necessarily address a need this season but could pay off big time down the road.