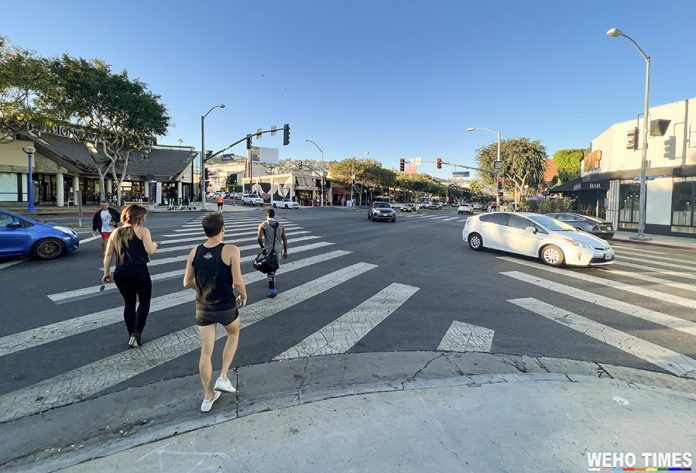 The city of West Hollywood is implementing all-walk crosswalks as part of the city’s ongoing citywide effort to enhance pedestrian safety. Beginning on Thursday, August 11, 2022, the “all-walk” pedestrian-only phase for the crosswalks will be at the intersection of Santa Monica Boulevard and N. Robertson Boulevard on Thursday, Friday, and Saturday nights between 9 pm and 3 am

Standard traditionally phased signals at intersections are designed to offer vehicles and pedestrians the opportunity to move together in the same direction at the same time. Potential conflicts may arise when there is a high volume of vehicular traffic making left or right turns, which means that cars are able to pass through pedestrian crossings during green walk signals (although drivers of cars are always mandated to yield to pedestrians in accordance with state law).