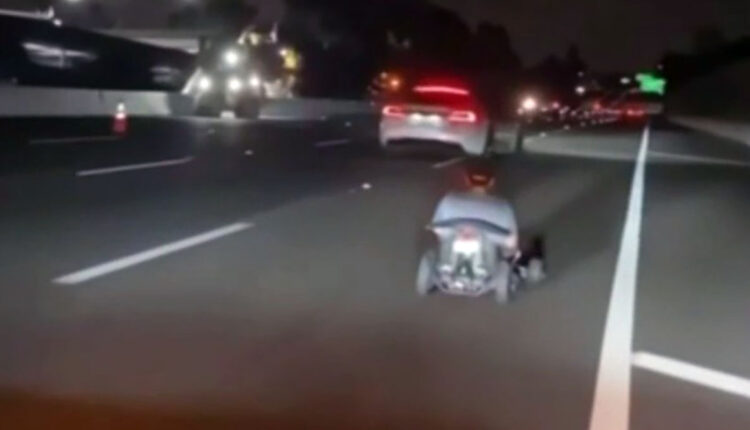 A California Highway Patrol sergeant was patrolling a section of Freeway 101 in the west of the San Fernando Valley when he noticed traffic slow to a creep speed before dawn.

The video posted on CHP-West Valley’s Facebook page shows the head-shaking reason for the traffic slowdown in Sherman Oaks – someone was driving a go-kart on the freeway.

“SMH,” said the agency in its post. “Where do we start with how incredibly dangerous, stupid and illegal that was … by a group of young, self-proclaimed ‘YouTubers’ looking for new content.”

The video, recorded on Wednesday around 2 a.m., shows the go-kart whirring down a city street before the driver made a quick right turn onto a motorway slip road. The CHP sergeant saw the go-kart exit the freeway on Woodman Avenue, surrounded front and back by two cars that appeared to be escorting the kart.

The sergeant pulled the kart and two cars down Woodman Avenue, where people admitted doing the stunt for video content, the CHP said.