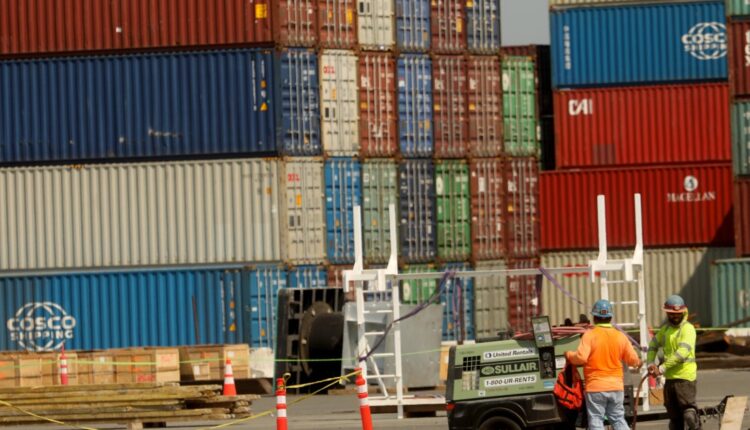 A COVID-19 outbreak that has partially closed one of the world’s busiest container ports is heightening concerns that the rapid spread of the Delta variant will lead to a repeat of last year’s shipping nightmares.

The Port of Los Angeles, which declined in volume due to a COVID outbreak in China’s Yantian Port in June, is preparing for another possible decline due to the recent closure of the Ningbo-Zhoushan Port in China, a spokesman said. A large terminal in Ningbo-Zhoushan, the world’s third largest port, was closed on Wednesday after a worker tested positive for the coronavirus delta variant.

Despite this drop in freight, the Port of LA set a record for the number of cargo containers handled in June as coronavirus-related restrictions on economic activity were lifted nationwide. The neighboring port of Long Beach is also recording record container volumes.

The partial port closings in China occur at the beginning of the main shipping season, with retailers stocking up for back to school and Christmas shopping. Strong consumer demand for imported goods has caused record traffic – and congestion on container ships – in the ports of Southern California, which handle nearly half of US imports from Asia.

Anton Posner, CEO of supply chain management company Mercury Resources, said many companies that charter ships are already adding COVID contract clauses as insurance so they don’t have to pay for stranded ships.

Although container shipments in June were down from the May record, it seemed like things were calming down, “and we now have delta delays,” Emmanouil Xidias, partner at Ifchor North America LLC, said in a telephone interview. “You will have a secondary hit.”

The Ningbo-Zhoushan closure raises fears that ports around the world will soon face the same outbreaks and COVID restrictions that slowed the flow of perishable food to electronic products when the pandemic broke out last year.

Infection threatens to spread at the docks as the global shipping system struggles to handle unprecedented demand as the economy reopens and production resumes.

The port of Ningbo-Zhoushan said in a statement late Thursday that all other terminals except Meishan are operating normally. The port is actively negotiating with shipping companies, forwarding them to other terminals and releasing information on a real-time data platform, it said.

Some ships that docked at the Meishan Terminal before the closure will cease freight operations until the terminal reopens, according to a message from the shipping company CMA CGM SA to the shippers.

“We are working on contingency plans to mitigate the likely impact on our ship schedules and freight operations,” said Orient Overseas Container Line, a subsidiary of container subsidiary Orient Overseas International Ltd., via email.

Container prices have increased, with the benchmark cost of shipping a container from Shanghai to Los Angeles increasing more than 220% last year to $ 10,322 this week.

The Baltic Dry Index, which serves as the global benchmark for bulk freight prices, has risen more than 10% in a month as the Delta variant spread rapidly. While there hasn’t been a significant impact on U.S. ports, the issues in China could hurt businesses that rely on container exports out of the country.