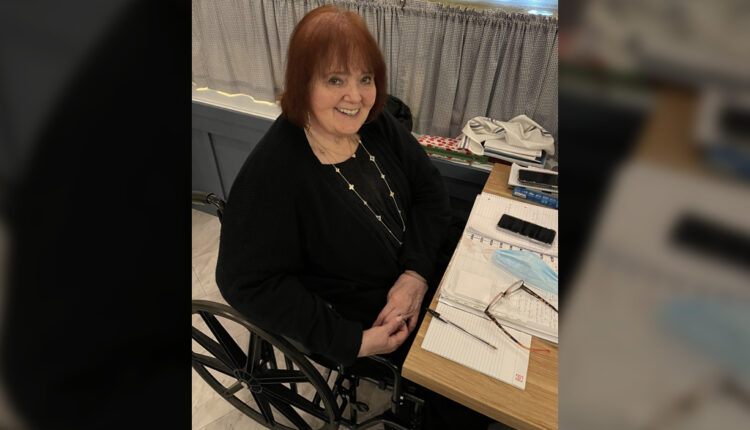 Restaurants have personalities. When we think about where to go for dinner, we think about the type of dish we want to eat and search the restaurants we know (or search on Google) to find a restaurant with that personality. When I think of a good Caesar salad in Santa Monica, Boa comes to mind. When I think of a wonderful raw food platter, my mind immediately wanders to the Water Grill.

Occasionally a restaurant develops the personality of its owner, not just the food. And it is the same with Chez Mimi. There isn’t just one dish I associate with this restaurant, I just think of Mimi. I think of Quebec, where she comes from.

At 80, Madame Mimi has been in the restaurant business for a long time. She started at Abbot Kinney in 1976. I remember her restaurant on 26th Street near San Vicente, where I met my sister for dinner several times a month. The restaurant existed for 13 years until a wealthy entertainment group overpaid the building owner to take on her lease. The fancy Italian restaurant that had taken Mimi’s place didn’t last long. I think the place will remain empty.

But Mimi was not deterred. She opened an excellent restaurant in Pacific Palisades – until she fell down a flight of stairs and was hospitalized. We didn’t hear from her for a while and the restaurant closed.

Suddenly, six years later – without much fuss, Mimi opened up again. Your new place is better than ever!

I would occasionally have dinner at the renovated little house now called Chez Mimi before Mimi took it over from an elderly French couple. The food there was nothing like it is now under Mimi’s management. And the new outside terrace is very nice.

The mussels in white wine sauce are as good as any. She serves French onion soup, pate maison, snails, trout with almonds and sometimes bouillabaisse. The pork chop is big enough for the most voracious appetite. The steak fries are like in Paris, or you prefer them in a pepper and cognac sauce. All of your favorite French dishes are there; Vichyssoise, frog legs, tomato sponge cake and the occasional cassoulet. For dessert, Mimi serves my favorite: Tarte Tatin. Mimi’s favorite dessert, called “Chomeur,” is a caramel and maple syrup pudding that is popular in her hometown of Quebec. As many Francophiles know, Tarte Tatin was invented (discovered?) By the Tatin sisters in the Dordogne Valley when they accidentally dropped an apple pie on the floor, picked it up and cooked it upside down. At least that’s the story I heard.

This new gem is located on Colorado Ave. in Santa Monica and there seems to be plenty of parking. I don’t think it’s open for lunch yet, but one is hoping. Make a reservation before you go; the old crowd is there in abundance! One thing we noticed is that the clientele is much older than most restaurants in Santa Monica and many seem to know each other. Perhaps, like me, they have followed Mimi from restaurant to restaurant for many years.

Merv Hecht, like many Harvard Law School graduates, went into the wine business after completing law. In 1988 he began writing restaurant reviews and books. His latest book “The Instant Wine Connoisseur, 3rd Edition” is available on Amazon. He currently works for several companies that source and sell food and wine products internationally. Please send your comments to: [email protected]