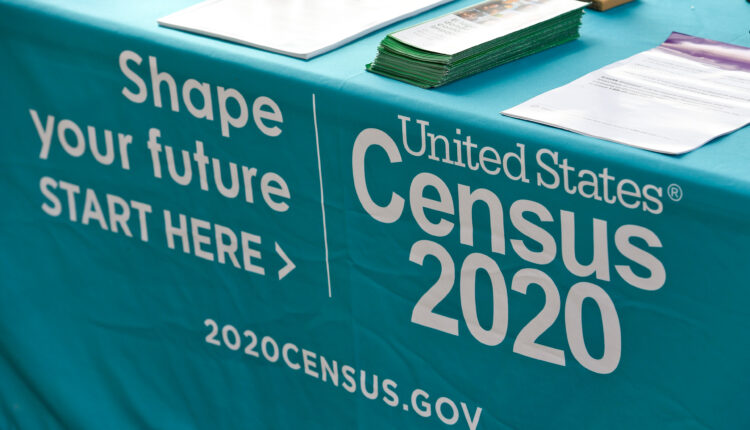 The 2020 census missed nearly 1 of every 17 Native Americans who live on reservations, an undercount that could very well lead to insufficient federal funding for essential health, nutrition, and social programs in remote communities with high poverty rates and scarce access to services.

The census counted 9.7 million people who identified as a Native American or an Alaska Native in 2020 — alone or in combination with another race or ethnicity — compared with 5.2 million in 2010. But the Indigenous population on the nation’s approximately 325 reservations was undercounted by nearly 6%, according to a demographic analysis of the census’s accuracy. Indigenous people on reservations have a history of being undercounted — nearly 5% were missed in 2010, according to the analysis.

At least 1 in 5 Native Americans live on reservations, according to previous census data. More detailed Native American population data from the 2020 census will be released over the next year.

The census numbers help determine how much money is allocated to various programs on reservations such as health care, social services, education, and infrastructure. For example, on the Blackfeet reservation in northwestern Montana, the co-chairperson of a food pantry whose funding is partially dependent upon census counts is worried the undercount will make it more difficult after this year for all the families who need the free meals to access them.

The food pantry — operated by an organization called FAST Blackfeet, which stands for Food Access and Sustainability Team — serves about 400 households a week, said Danielle Antelope. The 2020 census puts the Blackfeet reservation’s population at 9,900, which Antelope said “is not reflecting our numbers to reality.”

Thirty-seven percent of people on the Blackfeet reservation lived below the poverty line from 2014 to 2018, compared with a 13% statewide average, according to periodic American Community Survey estimates.

“I see the problem in the undercounting of the census being related to the representation of the need,” Antelope said.

Antelope said she has seen firsthand what it means when people living on reservations slip through the cracks. Her mom was a bus driver who made too much money to be eligible for income-based federal food assistance programs, but not nearly enough to adequately feed her kids. The family depended on processed foods from the frozen aisle.

Census miscounts are not limited to Native Americans on reservations. Black (3%) and Hispanic (5%) people living in the U.S. also were undercounted. Meanwhile, white people were overcounted (2%).

Among U.S. states, Montana has the fourth-largest share of Indigenous residents, at 6%, and Native Americans are the state’s second-largest racial or ethnic group, after people who identify as white. The percentage ticks up to 9% when it includes people who identify as “American Indian and Alaska Native alone or in combination” with another race or ethnicity. Most Indigenous residents live on one of Montana’s seven reservations or in a nearby town or county.

The Indian Health Service, the federal agency obliged to provide medical care to most of the country’s Native residents, receives funding partly based on the census. Nationwide in 2019, the most recent year for which data is available, IHS spent $4,078 per person, according to agency data. By comparison, Medicaid, the federal health insurance program for people with low incomes and certain disabilities, spent more than twice that rate, $8,436. A memo by the U.S. Government Accountability Office noted that the usefulness of per capita comparisons is limited because the federal programs vary widely.

More accurate census counts would lead to “more funding support from the federal government and even the state government,” said Leonard Smith, CEO of the Billings-based Native American Development Corp., a nonprofit that provides technical assistance and financial services to small businesses. “I think it makes people realize there’s a much larger Native population than what’s being reported, and so it becomes a higher priority. It’s all about the numbers,” Smith said.

A more accurate count could also help improve infrastructure and housing on reservations.

Federal housing assistance remains inaccessible to many households on tribal reservations. Research points to a strong relationship between housing and better health outcomes. A 2020 study published in the journal BMC Public Health concluded that almost 70% of people who obtained secure, stable housing reported “significantly better” health situations nine to 12 months later, compared with when they were experiencing housing insecurity.

According to a 2017 report from the National Congress of American Indians, more than 15% of homes in areas on or near Native reservations were considered overcrowded — which means there was more than one person per room, including living rooms, kitchens, bedrooms, and enclosed porches — compared with 2% of homes among other populations.

Although about a quarter of households had incomes below 50% of the federal poverty line, the report said, only about 12% received federal housing assistance. Census data is used to determine funding for housing and community development grants.

“When a census undercounts a Native community, it has a direct and long-reaching impact on the resources that the community receives — things like schools and parks, health care facilities, and roads,” said Michael Campbell, deputy director of the Native American Rights Fund in Boulder, Colorado.

The impact of the undercount on funding transcends budgets and social programs. It creates the feeling among Indigenous people that their presence in this country matters less than that of others, leading to both political disenfranchisement and personal harm, tribal members said.

“Because for so many years we have gotten used to not being counted, we don’t hold that aspiration for our government to create space for us now,” Antelope said. “When we have accurate numbers that reflect our community, our voice is heard, and we can get services and funding that better reflects our community.”