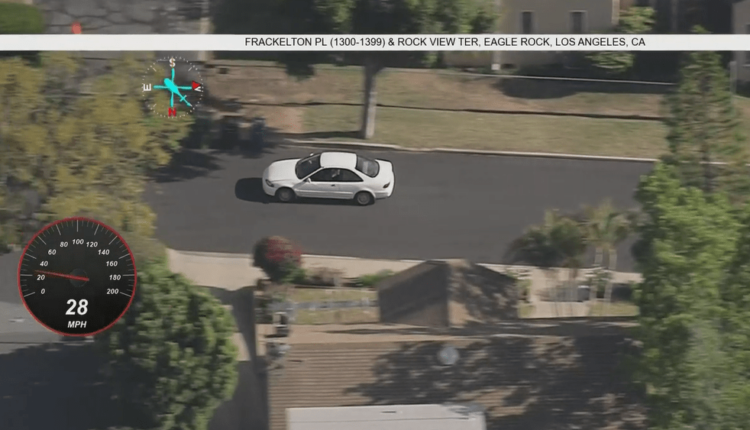 A car-theft suspect was arrested in Eagle Rock Monday after leading authorities on a pursuit.

The driver led police on surface streets to the area of ​​Eagle Vista Drive and Rydal Street, where he pulled into an alleyway near an apartment building and exited the car.

The suspect attempted to flee on foot, but was quickly apprehended by LAPD officers and arrested about 5:15 pm. No further details were immediately available.