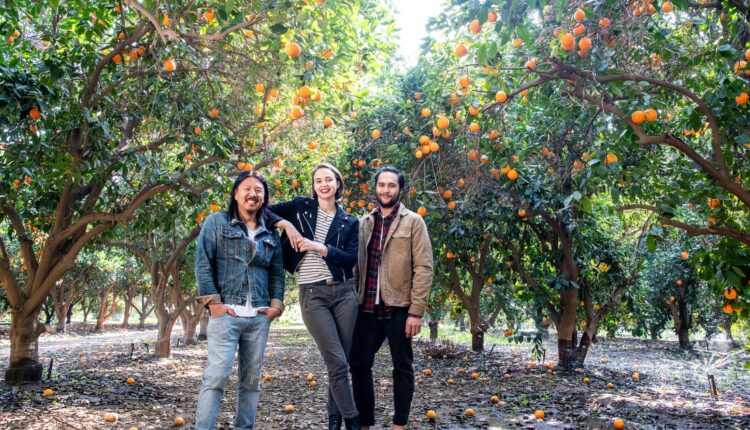 It seems appropriate that the founders of Vervet, a canned craft cocktail company, met at a bar. Tuan Lee and Alex Rosenblum were regulars at Messhall in Los Feliz in 2014, and Hope Ewing was the bartender who would pour their go-to drink: Diplomático rum on the rocks.

As their friendship evolved, so did the idea for Vervet, a line of sparkling clarified cocktails — ranging from plays on micheladas to Italian spritzes — that incorporate ingredients and flavors from the Los Angeles area’s diverse cultures.

Two years after that first meeting, Lee, 49, a commercial and fine arts photographer, posited that the progression of the craft cocktail scene was following in the footsteps of craft beer: into cans. His hunch was right. When the pandemic began in 2020 and bars had to close and people hunkered down at home, the canned craft cocktail industry boomed. Brands like LiveWire, Drifter Spirits and Greenbar Distillery launched new products. The global ready-to-drink cocktails market was valued at $118.9 million in 2016 and grew to $714.8 million in 2020, according to Grand View Research, a market research and consulting company.

But the Vervet founders’ focus wasn’t limited to cocktails. Lee said he had been growing weary of the lack of Asian representation in mainstream food and drink culture. He hopes they can bring more diversity to the cocktail scene with Vervet, not just through its flavor profiles but also its team and farmers with whom they work.

They source the kumquats used in their Tōyō sake tonic, for example, from Riverside’s Tarsadia Organic Farms, which is owned by a family with roots in Gujarat, India. The Cascade hops they add to the same recipe are harvested from Sow a Heart Farm in Ventura County; it’s owned by the couple behind Sage Plant Based Bistro & Brewery, chefs Mollie Engelhart and Elias Sosa.

Ewing has worked at Rappahannock Oyster Bar and Here’s Looking at You (Lee says she is extremely creative and nerdy about cocktails). Around the time the team was forming the company, Ewing was working on a book, “Movers and Shakers: Women Making Waves in Spirits, Beer & Wine” (published in 2018), interviewing women around the country who shared their journeys about how they carved a space for themselves in the male-dominated alcohol industry.

“Just from talking to the women for my book, I [felt] I could represent something in this industry and bring a perspective here that might not exist,” Ewing said. “That was really inspiring.”

Rosenblum, an attorney, fell in love with cocktails while frequenting local bars like the Smog Cutter and Tiki Ti. As the craft cocktail scene grew, his passion for the drinks did too.

Before they launched their first product in 2019, the friends experimented with flavors by going on food crawls, making time for urban foraging, and frequenting farmers markets and grocery stores in ethnic communities.

The Vervet founders experimented with flavors by going on food crawls, making time for urban foraging, and frequenting farmers markets and grocery stores in ethnic communities.

While walking her dog in her Franklin Village neighborhood, Ewing would carry a pair of scissors in her pocket and snip overhanging rosemary and eucalyptus leaves as source material. The crew would frequently eat at pho restaurants together, and Saigon cinnamon and star anise became inspiration for her recipes. She fell in love with burdock tea, mugwort and gentian root on trips to Korean supermarket H Mart with Lee.

Some of those ingredients made their way into Vervet’s Angelicano cocktail, an Italian-style spritz created for Negroni lovers. It also uses Southern Californian citrus, like grapefruit and orange peel.

Vervet’s Pale Mary, a light and crisp, gin-based Bloody Mary that’s reminiscent of a michelada, was inspired by other types of experiences. Ewing credits her friend Jack Benchakul of Endorffeine Coffee in Chinatown for inspiring her to use clarified tomato water in the cocktail. (He introduced a tomato water and sake drink at a private tasting that she attended, and she couldn’t stop thinking about it.)

During a trip to South Korea, Lee became enamored with salicornia, a low-sodium salt that, when it’s ground, looks like green powder. He encountered it at a barbecue restaurant that served it as an accompaniment to the seared meats. Salicornia ended up in the Pale Mary, along with habanero peppers and celery bitters.

Lee and Ewing emphasize a DIY philosophy. They clarify their own juices and use a plant-based preservative to avoid chemical stabilizers. Instead of adding quinine (a medicinal compound from cinchona tree bark used to add bitterness to tonic water) to their Tōyō, Ewing opted to make her own Cascade hops water for a similar bitterness.

In November 2020, Bar Keeper in Silver Lake became one of the first shops to carry Vervet’s cans. “I own a mixology store, so it’s antithetical for me to sell canned cocktails,” owner Joe Keeper said. “They have to be something that you can’t make at home and you don’t feel like you’re compromising on.” Vervet, he added, is a brand with soul.

Vervet has since expanded its reach. It helped that the founders linked up with Techstars, a venture capital firm that invested $120,000 in the company and gave the trio a three-month crash course in business. Vervet now is available in local liquor stores and restaurants such as Chifa, Sakai Ramen Bar and the place where it all started, Messhall. (The company also can ship to 39 states in the US)

Recently Lee redesigned the labeling on the cans to include the phrase equivalent to “cheers” in 12 languages. “That’s my vision of what is LA,” Lee said. “It is by no means inclusive, but I wanted to start with those 12 languages ​​to show that those communities are here. Not only do they represent us as founders but they also represent the communities where we drew flavor inspirations from.” The languages ​​include Hindi, Japanese, Korean, Hebrew and Spanish.

Lee, who came to the United States from Saigon at a young age as a refugee, remembers sitting in advertising agency meetings where it was commonplace for colleagues to use the term “all-American” as though it applied to white people only.

“I want to challenge that notion of ‘What is an all-American brand?'” Lee said, adding, “You know, we’re already doing it.”