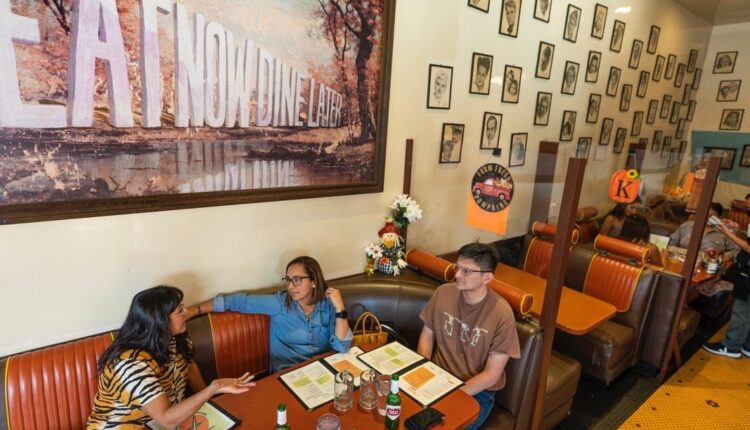 CALIFORNIA – A spate of restaurants that closed in 2020 amid the pandemic when sweeping restrictions forced Californians to stay home and businesses to close their doors.

But 2021 will be a year of healing. Fewer restaurants had to close this year as Californians were vaccinated, coronavirus restrictions eased, and financial aid to local businesses was extended.

Yet many restaurants had no choice but to close their doors this year.

Below are some of the places that have been permanently closed in the Golden State.

A popular three sisters bakery closed after more than 60 years of success in the Santa Monica Ward.

The iconic location of Vienna Pastry at 1215 Wilshire Blvd. near 12th Street closed in January.

Prior to the pandemic, special events, catering, weddings, and birthday parties were a huge source of income for the bakery. Unfortunately, with few social gatherings early in the year, owners were forced to retire from their six-decade run in Santa Monica.

Italian Livermore Campo di Bocce announced that it will be closing for good earlier this year. It was once a busy eatery that combined Italian cuisine and boccia.

“The constant closings, bans, changes in rules, take-away, only outdoor dining, minimal indoor eating, then only take-away again, have finally taken their toll, and the Covid-19 pandemic has finally taken hold and forced it us in this dire situation, “said management via Facebook.

Opened 15 years ago on East Vineyard Avenue with eight indoor and outdoor tables and world-class bowls, the house has quickly become a bustling destination for food, drink, birthday and retirement parties, corporate meetings, community gatherings, and of course, bowls tournaments.

The family-run delicatessen store Zelda’s Corner in Venice closed its doors this summer due to pandemic restrictions.

Zelda’s Corner was known for its breakfast of delightful mini donuts and breakfast burritos, as well as classic sandwich favorites. Fresh organic produce from the Santa Monica and Venice farmers’ markets was used.

The café and shop at 9 Westminster Ave opened in 1999 and bought by Klevens in 2015, the Argonaut reported.

Gorditos, a family-run Tex-Mex restaurant in Dublin, closed after less than two years. Although the restaurant struggled to keep its doors open during the pandemic, the store eventually had to close due to a dispute with the landlord.

Gorditos also pointed to inflated prices, shipping delays and a labor shortage as reasons for the Dublin store to close.

Rocky Point Restaurant, a 75-year-old seafood staple in Carmel, has closed and sold its sprawling location to a real estate development group for $ 8 million, the Monterey Herald reported.

At least 40 employees lost their jobs as a result of the closure.

That summer, the Golden State was hit by a mass exodus of workers that forced the Santa Monica Pizzeria to close in September.

The other restaurants are in Los Alamitos, Huntington Beach, and Ladera Ranch.

This article originally appeared on the Los Angeles Patch