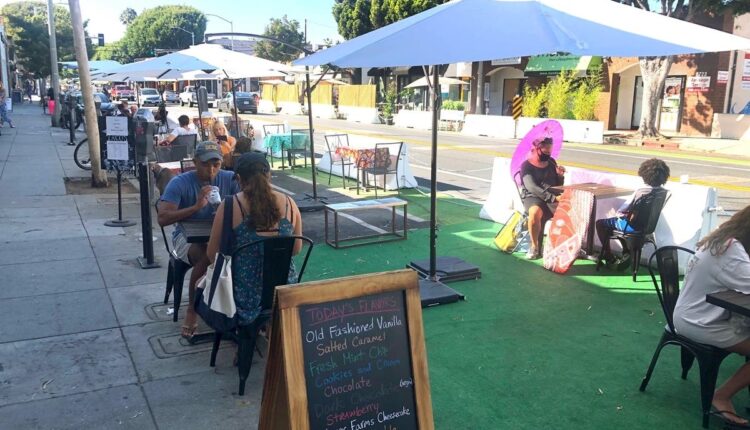 CALIFORNIA — About 2,058,200 jobs are at stake in California, and some of Californians’ 76,201 favorite independently owned restaurants and bars could close permanently if Congress doesn’t top up COVID-19 relief funds, an industry group has warned.

About 200,000 independently owned restaurants and bars have been left behind by the $28.6 billion in grants from the Restaurant Revitalization Fund approved by the American Rescue Act last spring, according to the Independent Restaurant Coalition. The fund was used up by mid-June 2021.

The group, which says its members employ 11 million people and support another 5 million workers up and down the supply chain, has collected about 3,000 signatures on a letter urging Congress to pass the bipartisan Restaurant Revitalization Replenishment Act to pass a fund that would provide $60 billion to independent restaurants and bars impacted by the pandemic.

Many restaurant owners have been able to survive through lockdowns, but they’re draining their bank accounts and taking on more debt just to keep their doors open. According to the Independent Restaurant Coalition, many were pushed to the brink of closure with the rise of the Omicron variant that began in December.

“I can’t borrow more to save this restaurant,” Dwayne Allen, the owner of Phoenix’s Breadfruit & Rum Bar, told The Wall Street Journal.

His restaurant was closed for months. He’s behind on his rent and has taken out a $48,000 loan so he can pay off his landlord by the end of the month. But he told The Journal: “I have no idea where this money is going to come from.”

A January poll of 1,200 members of the Independent Restaurant Coalition found that many were “incurring massive debt, laying off employees and selling personal assets to keep operations going,” Erika Polmar, the group’s chief executive, said in a statement.

“These companies are filing for bankruptcy and receiving eviction notices after nearly two years of calling for help,” Polmar said.

In California, the $97 billion leisure and hospitality industry accounted for 39.2 percent of all jobs lost in the state during the pandemic, according to the Independent Restaurant Coalition.

Momentum is building on Capitol Hill for Congress to authorize more federal aid to restaurants and other small businesses disproportionately affected by the coronavirus pandemic, The Hill reported.

“People need the money now,” said Warren, one of 42 co-sponsors of the Restaurant Revitalization Fund Replenishment Act, which is sponsored by Arizona Democratic Senator Kyrsten Sinema.

“Convention should have gone into winter months ago, but here we are, and with omicron hitting so much harder than most people expected, it’s been a double whammy for restaurants, so we’ve got to get help out the door.” get it quick,” she said.

Democratic Sen. Ben Cardin of Maryland, the chair of the Senate Committee on Small Business and Entrepreneurship, told The Hill that he and Republican Sen. Roger Wicker of Mississippi, one of six Republican co-sponsors of the bill, are working to build broader support for the action.

“The problem is the timetable and other bills that have been secured,” Cardin told The Hill. He and other supporters of the bill are “open to a vehicle,” Cardin said, whether through an independent bill, an annex to other legislation, or the “repurposing” of unspent money raised under previous programs, including those under the American Rescue Plan Act.

Texas Republican Senator John Cornyn told The Hill he was “open to the arguments” in favor of a restaurant fund replenishment, but said he has “not heard anyone bring up the case” so far.

“I think there’s so much money out there that we shoveled out the door that wasn’t accounted for,” he said. “I want to make sure there’s a real need and it can’t be met by money that we’ve already appropriated.”