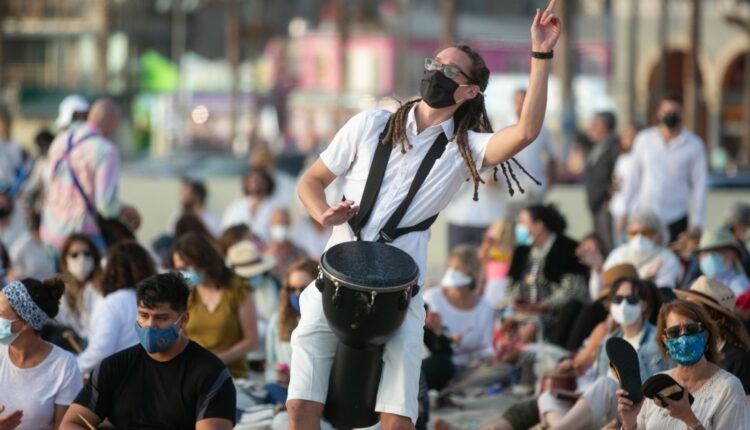 A convergence of heat, fire and drought wreaked havoc for millions this summer, but officials on Thursday underscored the misery: California – along with Idaho, Nevada, Oregon and Utah – had its hottest meteorological summer ever, running from June to August .

The effects were devastating. A heat wave that struck the Pacific Northwest in July claimed hundreds of lives, including immigrant farm workers and the elderly. An estimated 1 billion marine life died offshore from heat, and the Sacramento River is facing an “almost complete loss” of young Chinook salmon due to the unusually warm water.

And there was so much fire. Scorching heat dried up the state’s countryside, helping pave the way for more than 2 million acres to be burned, with officials worrying the worst is yet to come. The flames caused dozens of residents to flee their homes and smothered countless others with lung-burning smoke.

“All of these records are being broken, and they’re breaking in quick succession,” said Karen McKinnon, assistant professor at the UCLA Institute of Environment and Sustainability, “and that’s basically an indication of this trend, which is largely due to climate change.”

Sixteen other states also experienced one of the five warmest summers on record, according to the National Oceanic Atmospheric Administration, which released its results Thursday. Nationwide, the June to August stretch linked the 1936 Dust Bowl summer as the hottest on record, with temperatures across the country averaging 2.6 degrees above average.

But the Dust Bowl years were more of an outlier, McKinnon said, while the recent extremes are part of a larger warming trend. In fact, the summer of 2021 was even hotter than a mere extrapolation would suggest, leading some to wonder whether this warming is accelerating.

“There’s a lot to understand,” said McKinnon. “Was this year an anomaly, even in the face of climate change, or are we really seeing an acceleration in temperature changes in the western United States, and especially in California?”

This week Lancaster saw its 58th day of the year with temperatures above 100 degrees – a record from 2003. Fresno broke its record with 64 three-digit days. Record temperatures were recorded on Wednesday for September 8 in Palmdale, Sandberg and Paso Robles, where highs reached 106, 95 and 106 degrees, respectively, the National Weather Service said.

Alan Barreca, environmental economist at UCLA, said the record summer months were not surprising given “the fairly steady rise in temperatures in California and around the world” – but they are worrying.

Extreme heat is among the deadliest natural disasters, he said, and rising temperatures often disproportionately affect the most vulnerable, including pregnant women and infants, the elderly, the homeless and residents of low-income neighborhoods.

Extreme heat is also of concern because it increases the need for and reliance on air conditioning – which not only promotes inequality, but also feeds into the climate system, which is driving temperatures up.

“Air conditioning appears to be an absolute necessity by the end of the 21st century,” said Barreca. “We will need them and we also have to reduce our emissions.”

Conditions have gotten so bad that the California Independent System Operator, who operates most of the state’s electrical grid, on Tuesday called on the federal government to declare an “electrical reliability emergency” at six natural gas-fired power plants – including facilities in Huntington Beach and Long Beach – to generate electricity at the maximum level, even if they violate air pollution limits.

It is a desperate effort by state officials to reduce the risk of blackouts in the face of increased energy demands by adding new power supplies, including fossil fuels, which are contributing to climate change and exacerbating heat waves – a short-term sacrifice that has been proven among groups for clean energy controversial.

The network operator was granted a similar application during a heat wave last September, but only for one week. This time the agency is calling for 60 days – a sign that it expects the extreme heat to continue well into autumn. The ISO already issued two flex warnings this week urging residents to conserve energy from 4 p.m. to 9 p.m. when net demand normally peaks.

But even while the energy grid is groaning, heat warnings and storm warnings promise to bring more threats to the state’s residents in the form of increased fire weather. More than a dozen active wildfires are burning across California, and officials fear that additional heat, drought, and the potential for dry lightning could worsen fires or even ignite new ones.

The National Weather Service is forecasting very hot and dry conditions in Southern California through Friday, with temperatures expected to be 5 to 15 degrees warmer than normal in some areas. The Antelope Valley area could experience daytime temperatures as high as 108 degrees, while Los Angeles will soar into the 1990s Friday and Saturday.

A heat warning had also been issued to the Inland Empire, the Santa Ana Mountains, and parts of the San Bernardino and Riverside counties by Friday. Residents are advised to seek shade, stay hydrated, and avoid any activity that could start a fire.

In several areas across the state, the possibility of thunderstorms could bring erratic winds, flash floods and the “potential for lightning-induced forest fires,” officials said.

“Everything is worrying,” said David Sweet, a meteorologist with the Oxnard Weather Service. “When a lightning strike starts a fire, the gusty winds can drive it forward quickly. And apart from thunderstorm activity, it gets pretty warm and dry. … So in the heat, in every gusty wind – increased risk of fire. “

But the greatest threat remains in Northern California, where beleaguered firefighters are still battling the 927,000-acre multi-county Dixie Fire and the 217,000-acre Caldor Fire near South Lake Tahoe.

“We are in the middle of peak wildfire season,” said Chief Thom Porter of the California Department of Forestry and Fire Protection this week. “Everyone must remain vigilant”

The National Weather Service said much of the fire zone, including Counties Plumas and Lassen and the South Lake Tahoe region, will be hit by gusty winds and the risk of thunderstorms on Friday, although a cooling trend should lower temperatures in the coming days .

Dry lightning strikes – which led to a number of forest fires last fall – are possible. A fire watch was on hold in much of Northern California through 11 p.m. Friday.

While the fires have forced thousands to flee their homes, they have made many others stay inside with their windows closed because of the toxic smoke. UCLA’s Barreca said this could be a deadly pattern for people without air conditioning during a heatwave.

And McKinnon noted that the extreme weather behaviors that plague the state – including fire, heat, and drought – are all linked. The standing high pressure system that has created many of the summer “heat domes” is also associated with low rainfall and warming of the land surface.

“The overall warming of temperatures can lead to dehydration, and that dehydration later in the season can lead to warming, and all of those things can lead to increased wildfires,” she said. “Basically everything is connected.”

The Times employee Sammy Roth contributed to this report.