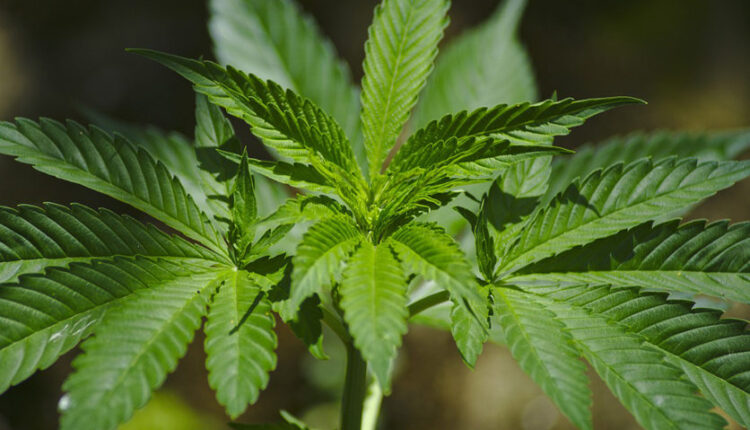 Proposition 64, the measure that legalized marijuana, allows local jurisdictions to enact their own regulations, including banning commercial cultivation. It also reduced penalties for growing marijuana without proper permits or in places that prohibit it.

California communities continue to refine and update their cannabis plans after legislative action was taken this summer that consolidated state oversight in the Department of Cannabis Control. Legislators called for socially fair cannabis programs and revised some of the definitions and conditions for licensing.

“Thousands of illegal cannabis cultivations have sprung up in the desert communities of southern California,” Asm said. That is what Luz Rivas from the San Fernando Valley said during a budget committee hearing in July. “With this growth, local officials and law enforcement have identified cases of forced labor, antitrust violence, water theft, and the destruction of fragile desert habitats and wildlife.”

San Bernardino County estimates that the number of illegal cannabis operations has increased five-fold (from about 200 to more than 1,000), which has taxed law enforcement and prompted the establishment of an inter-agency task force. David Wert, a county spokesman, told Agri-Pulse in an email that illegal cannabis operations “use large amounts of water, much of which is likely to be obtained illegally, and use huge amounts of strong and potentially illegal chemicals” . Wert said he was “not aware of any specific impact on other agricultural sectors”.

It is illegal to grow marijuana outdoors in an unincorporated area of ​​San Bernardino County, and growing it indoors is only allowed for personal medicinal use. “The reason for the ban on outdoor cultivation is that they attract violent armed criminals who want to steal the harvest,” said Wert, “and therefore tend to be guarded by armed people.”

In August, the San Bernardino Board of Directors passed an “Emergency Ordinance” to increase penalties for illegal cultivation.

San Diego County has five legal marijuana growing areas in unincorporated areas, but officials suspended licensing after they released it. The county is now running a two-year process to determine which regulations are recommended before creating additional licensing opportunities.

San Diego County Supervisor Joel Anderson has reiterated some of the concerns raised in San Bernardino County about illegal operations, which he believes are primarily found in colored communities in his county. When they were searched, he said, “law enforcement found guns, cash, etc., and it’s like playing with a mole. They are closed and appear in a different neighborhood. “

Anderson supports farmers who want the opportunity to legally grow cannabis in unincorporated parts of San Diego County. He wants any regulation that allows this to be enforced enough to stop illegal cultivation.

During a public meeting on the matter Thursday, San Diego County officials stressed that creating social justice in the legal cannabis program will be set out before formal recommendations are presented to the board of directors for future approval. At the same time, studies are ongoing on the environmental impact, including likely water consumption.

On the other end of state, Siskiyou County is seeing marijuana growing clash with both existing agricultural land use and law enforcement in the county. Ordinances there prohibited farmers with water rights from trucking water to arid communities in order to curb marijuana production. The effects also left livestock, home gardens, and even people thirsty in a community made up mostly of Hmong Americans, said Margiana Petersen-Rockney, a graduate student at UC Berkeley who is part of a team that received government funding to help investigate local control and cultivation bans.

“It’s a very chaotic situation there right now,” she said of Siskiyou County. On Friday, a federal judge said the ordinance “raises ‘serious questions’ about racial discrimination and leaves producers without a source of water to drink, bathe and grow food,” the AP reported. The judge said the county could no longer prevent the trucks from delivering water.

Interested in more coverage and insights? Get a Free Month Agri-Pulse West

Petersen-Rockney said she heard some Siskiyou County farmers talk about hemp as a potential crop while remaining hesitant about marijuana. In other cases, longtime white farmers have teamed up with newer Hmong Americans to support legal cannabis cultivation.

Her colleague, postdoctoral fellow Michael Polson, adds that cannabis is a highly regulated industry, but as the newest plant on the agricultural scene, it is poised to become a scapegoat.

Cannabis “is not a particularly thirsty plant,” said Polson, but “the final water user is always the persona non grata”. He said there is a lack of solid data on how much water cannabis cultivation uses, and since all of this has been illegal in the past and illegal production continues in many parts of the state, cannabis is easy to stigmatize.

Polson said he wanted to explore the role of local control over cannabis, having seen during the era of personal-growing medical marijuana that the enforcement mechanisms were very different. Also with regard to cannabis, he says that in some places local authorities are “reviving the ban in new terms after legalization,” meaning that although penalties for illegal marijuana cultivation and distribution have been lowered under Prop. 64, some counties the possibility of legal cultivation.

At a recent protest rally in Sonoma County, supporters complained that local regulations were too burdensome and could push some growers back underground, the press democrat said.

While some law enforcement agencies have reported the presence of pesticide containers in illegal growing areas, the Department of Pesticide Regulation has tried to provide information for legal operations to find chemicals they can use safely. With marijuana still being classified as illegal at the federal level, and the U.S. EPA, the pesticide regulatory agency, DPR has detailed descriptions of what language breeders need to look out for on a chemical bottle to determine if they can use it.

In San Diego, parishioners expressed conflicting views on whether the county should ultimately give more permits to grow legally in non-incorporated areas. Some residents commented that allowing more cultivation would lead to more consumption, which could contribute to more “drug-driving”.

Others, however, see permits and regulations as a way to ultimately create viable business opportunities. Regarding social justice, these residents said that some people who were previously harshly treated by older drug laws may be interested in legal cultivation. One attendee stressed that educating the public about all aspects of state law and any new district ordinances must be a fundamental part of progress.

Polson said that one benefit of legal cultivation is that government officials and law enforcement agencies have more opportunities to influence what is going on.

“If you forbid something,” he emphasizes, “you have no levers to control it.”

You can find more news at www.Agri-Pulse.com.

Housing program for local homeless students is spreading across the country

Pets around the Los Angeles Area Waiting to be Adopted: Meet Formica, Bojangles, and more