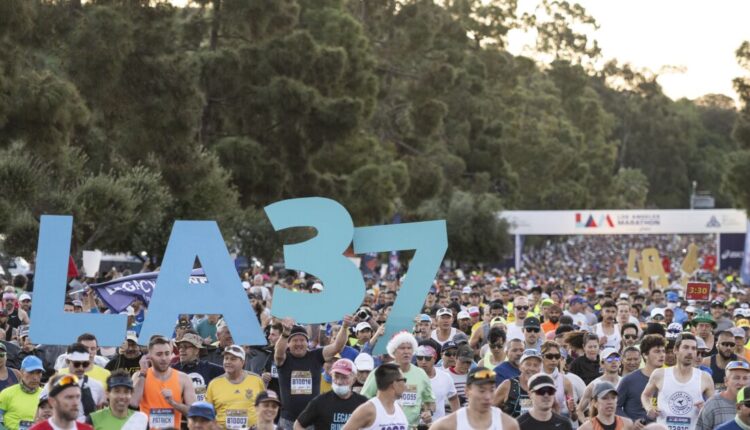 Coronavirus cases are on the upswing worldwide, prompting some officials to warn that California could see increases this spring because of the Omicron subvariant BA.2 even though cases so far have been modest.

The World Health Organization has recorded the first week-over-week increase in global coronavirus cases since late January, with cases rising 8% compared with the previous week. With infections rising in parts of Africa, Asia and Europe, officials say they wouldn’t be surprised if new cases climbed again in the US — and in California — this spring.

What remains unclear is whether a national increase would be a ripple or a deluge that could again strain hospitals.

So far, coronavirus cases are still declining across California, and in LA County, where case rates continue to fall.

But even with the decline, officials are closely watching how the Omicron subvariant BA.2 — which is 30% to 60% more contagious than the original Omicron variant — is comprising a growing percentage of new cases.

Scripps Research Translational Institute microbiologist Kristian Andersen projected on Twitter last week that in San Diego County, almost all new coronavirus infections will be of the BA.2 subvariant in the near future.

The growth of BA.2 has been more mixed elsewhere. In LA County, BA.2 comprised 6.4% of coronavirus specimens analyzed between Feb. 20 and Feb. 26, the most recent data available; a week earlier, it was 5%, according to Public Health Director Barbara Ferrer.

In Northern California’s most populous county, Santa Clara County, most of the Omicron cases being detected in the Palo Alto area are of the BA.2 subvariant, but that gets less prevalent farther south, such as in Gilroy.

“Interestingly — and this gives me hope — it is not driving up the levels overall. I don’t know why, but it isn’t,” Dr. Sara Cody, the Santa Clara County public health director and health officer, said last week. “But we’re watching that very, very carefully.”

There’s no certainty that LA County will experience the kind of BA.2 surges that many European countries are observing now, Ferrer said, but it remains quite possible it could become a dominant strain.

BA.2 is probably not the only reason other countries are seeing sharp increases in coronavirus cases, she added; the jumps come as many public health measures that limited coronavirus transmission have been respinded and as protection from vaccinations and booster shots have waned over time.

It’s essential that more be done to get more people vaccinated and boosted, especially those who are vulnerable, Ferrer said. She expressed alarm about the lack of action to continue federal funding vaccination, testing and treatment efforts for uninsured residents.

Ferrer said that because of the stalemate in Washington, many of LA County’s community groups no longer will be reimbursed for vaccinated or testing uninsured people as of Tuesday, a situation that “wrecks our network immediately.”

“My hope is that, swiftly, our federal elected officials are going to work together with the White House to get a package passed,” Ferrer said. “We need to be prepared for a potential challenge in the future — and in the near future. We don’t want to be caught off guard; we need to have supply chains in place; we need people to have [personal protective equipment].”

Cody echoed Ferrer’s statements, warning that “COVID funding has essentially collapsed. That is breathtaking and shocking in the middle of a global pandemic.”

Myoung Cha, chief strategy officer at San Francisco-based Carbon Health and former head of strategic initiatives at Apple Health, warned in a series of tweets Saturday that the “BA.2 cycle has already started here and will be in full bloom” in about two to three weeks, “with a much bigger surge than anyone saw coming.”

Potential signs of worry stem from the US having lower vaccination and booster rates than Europe, less testing and a longer period of waning immunity. Cha suggested that BA.2 cases would hit the Northeast first, but predicting trends in the US could be hampered by at-home rapid tests, whose results are not reported to the government, as opposed to lab-based PCR tests, which are reported to officials.

Cha noted that Google search trends for cold symptoms “seem to be on the rise right now.”

“The irony is that eagerness to go back to normal and the lifting of social distancing measures will accelerate the surge beyond what otherwise would have been,” Cha wrote. “For many people going back to pre-COVID behaviors may seem fine and the actual risk from BA.2 may be low. What is at stake is the impact on immunocompromised and older adults who will be disproportionately affected by another surge along with our healthcare system.”

dr Eric Topol, director of Scripps Research Translational Institute in La Jolla, echoed Cha’s concerns. “Right now we’re mainly relying on hope as our defense, when it ought to be boosting at scale. It remains possible it won’t be substantial — as in the UK and other countries in Europe — but I wouldn’t count on that,” Topol tweeted.

In New York City, a decline in coronavirus cases may have already begun.

It’s important to note, however, that BA.2 hasn’t had the same effect on all countries. It has become dominant in Bangladesh, India and South Africa, yet none of those countries has seen the kind of jump in case rates that Britain, Germany, Austria and Switzerland have had, according to data shared by Topol.

It’s also possible that the US could see a milder effect from BA.2 than Europe or Asia, according to Andy Slavitt, a former senior advisor on COVID-19 with the Biden administration.

In other words, a nastier Omicron winter for the US compared with Europe could spell a less severe spring of BA.2, according to Slavitt’s reasoning.

“If this sounds too optimistic for some, it’s still too pessimistic for others,” Slavitt wrote. “If you don’t want to count on luck, get vaccinated and boosted, wear masks when cases rise near you and take care with people with higher risk factors.”

According to Ferrer, there have been only a handful of documented cases in which someone infected with an earlier Omicron subvariant was reinfected with BA.2. “But it’s early in the research cycle on this,” Ferrer said. “Should we start seeing a lot more BA.2 circulating, we all need to take additional precautions, particularly if we are at high-risk,” and urge those unvaccinated or who haven’t received their boosters to “take this opportunity [to get their shots] before BA.2 starts circulating more widely.”

dr Anthony Fauci, the US government’s top infectious diseases expert, said last week that he would not be surprised if the US sees an increase in cases in the coming weeks.

And although some experts have noted that hospitalizations have started to rise in parts of Europe, Fauci said Britain has not yet detected heavier demand among intensive care units, “nor are they seeing any increase in all-cause mortality.”

dr Ashish Jha, the incoming White House COVID-19 response coordinator, said in interviews last week that he’s not expecting a big surge in the US from BA.2, but said there could be a small one.

The CDC already recommends that those 12 and older with moderate or severely compromised immune systems who have had three doses of vaccinations of the Pfizer or Moderna shots get a fourth dose. For immune-compromised people who got the Johnson & Johnson vaccination as their primary inoculation and have already received a second dose of vaccine, officials now recommend an additional shot, for a total of three doses.

California is recording a coronavirus case rate of about 61 cases a week for every 100,000 residents — a rate not seen since July. LA County is reporting a rate of 79 — a level not seen since the end of November, just before the Omicron surge began, and a tiny fraction of the county’s peak rate of more than 3,000 in early January.

The latest levels are tantalizingly close to a goal of fewer than 50 cases a week for every 100,000 residents, a level by which coronavirus transmission is seen as moderate and no longer substantial.