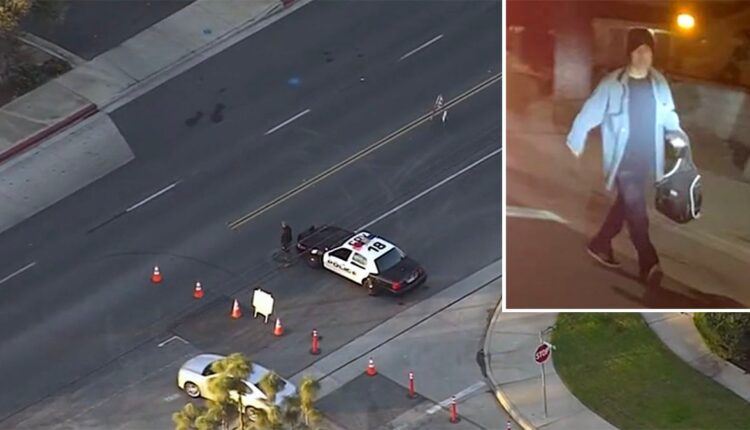 A Covina man was shot and killed late Tuesday after confronting a man suspected of a vehicle break-in, police said.

The break-in was reported in Block 100 of North Charter Drive in Covina. Several neighbors tried to catch the intruder and chased him into the 1800s block of Covina Boulevard.

“They confronted him in a residential complex and during the confrontation the suspect fired three times and killed one of the neighbors who tried to arrest him,” Covina police said.

The victim died on the scene.

The shooter fled the scene. No arrests were reported.

The police released a picture of the wanted man late Wednesday morning. It shows him carrying a bag.

Police released this picture of a man wanted in a fatal shootout in Covina on Wednesday, December 21, 2021.