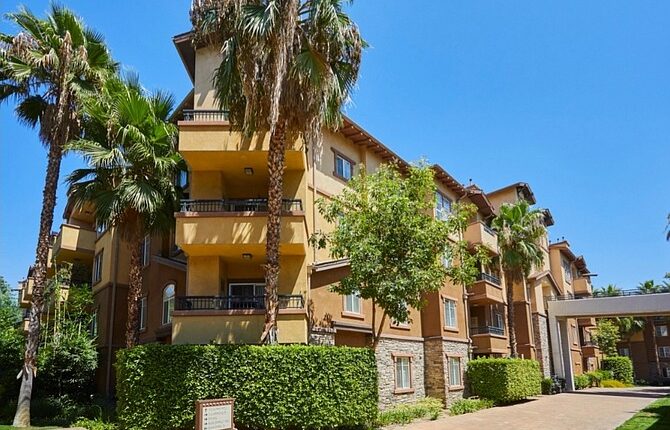 Clarion Partners and Cityview have acquired a 276-unit apartment building in Burbank for $ 161 million, or more than $ 583,000 per unit.

The joint venture plans to renovate the residential complex at 1901 N. Buena Vista St., known as Empire Landing. The property includes one- and two-bedroom apartments and 41 three-story townhouses.

It’s the only rental property in Burbank with townhouses larger than 1,500 square feet, according to a statement from New York-based Clarion and Century City-based Cityview.

The companies, which acquired the asset from GR Properties USA, a subsidiary of Hong Kong-based Gou Rui Group, plan to upgrade the units with high-end finishes and equipment and amenities to include a pool deck, fitness area, and a To include clubhouse.

“We are excited to be working with Cityview, who will bring a wealth of experience to rethink the property while delivering outstanding satisfaction,” said Robert Wilshusen, Vice President at Clarion Partners, in a statement.

Devang Shah, Managing Director at Cityview, added, “Empire Landing is centrally located where urban and suburban environments come together in one of the busiest, fastest-growing economic areas in Southern California, often referred to as” the media capital of the world. ” The modernization of this community will bring premium style and amenities to a city that has a high demand for high quality rental housing. ”

With an office vacancy of 8 percent in the third quarter, according to Colliers International, throughout the pandemic, Burbank has emerged as the hub of media and technology companies, including the Walt Disney Co. and Warner Bros. film studios, as well as various television and animated films, including Houses the new animation studio from Netflix Inc.

Large multi-family sales in Burbank have been tight in the past few quarters. By comparison, Skyview Terrace Apartments in Burbank sold for $ 15.5 million, or $ 442,857 per unit, in September. Located at 1301-1305 N. Hollywood Way, this complex has 35 apartments and amenities.

Clarion Partners, together with Trammell Crow, is currently overseeing the construction of Phase II of the center at the Needham Ranch in Santa Clarita, the industrial park where Amazon.com Inc., LA North Studios and DrinkPak have already signed leases. Upon completion, the project will add 1 million square feet to the existing 850,375 square foot first phase.