Brush fires break out along 118 Fwy in San Fernando Valley 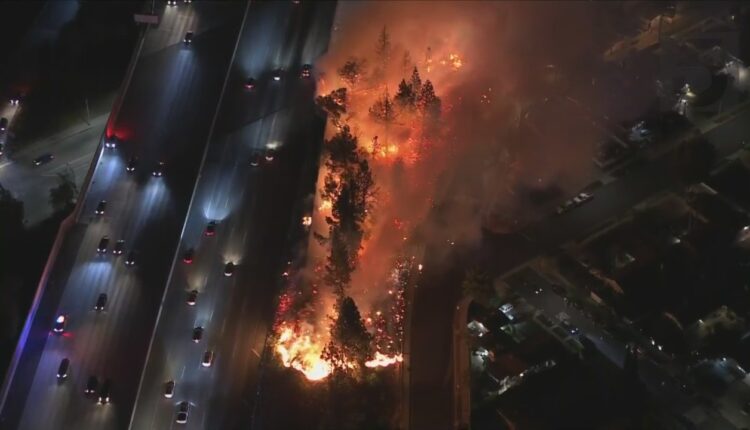 by: Cameron Kiszla, Gil Leyvas, with reporting by Elizabeth Chapman

A pair of brush fires burned alongside the 118 Freeway in Granada Hills and Porter Ranch Friday night.

Reports of fire first surfaced at 8:45 pm, with one near the freeway and Reseda Boulevard, according to the Los Angeles Fire Department.

That blaze was under control within an hour, and 74 firefighters battled the blaze, the LAFD said.

There were no reports of damaged structures or injuries, and the cause of that fire is under investigation.

The other blaze, which was near Hayvenhurst Avenue in Granada Hills, was contained by 73 firefighters in about an hour, and no injuries or damaged structures were reported, according to the LAFD.

“This fire is under investigation. There is *presently* no correlation determined between this fire, and a concurrent brush fire that burned to the west near Reseda Blvd,” the department added.