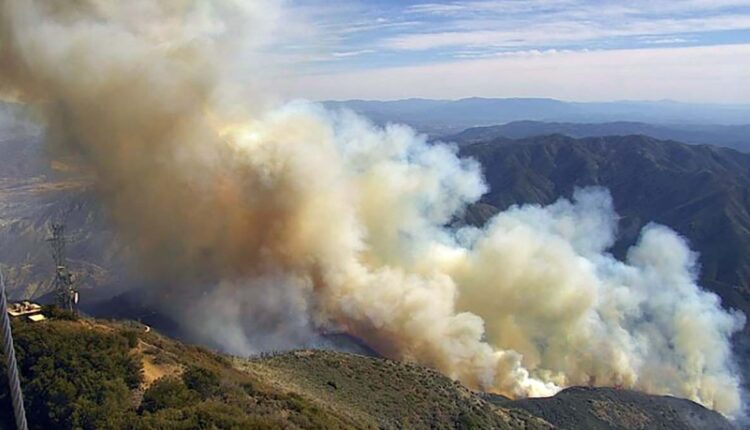 Smoke could be seen for miles around after a brush fire broke out Wednesday in Southern California’s Cleveland National Forest.

Note: The live video above is from our camera in Long Beach.

The Jim Fire expanded to about 400 acres during a warm afternoon in the rugged canyon area. The fire started around 11:20 am in the Holy Jim trail area.

No homes are immediately threatened, but thick smoke rising from the forest near the San Diego and Orange county line can be seen from around Southern California, including more than 100 miles away in Long Beach.

Details about the cause of the fire were not immediately available.

About 430 brush fires have been reported in California this year, according to the state’s firefighting agency. More than 500 were reported during the same period last year.