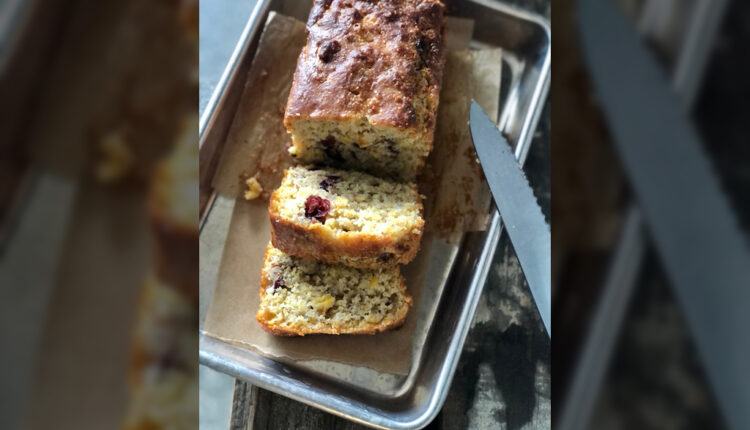 Jim Osorno opened Broadway Baker in 2019 after a first career as a performer on New York’s famous Broadway. The baker operated as an online shop for several years and his family recipes in small series were widely praised.

Close behind is lemon and raspberry shortbread, said Osorno. The bakery uses his grandmother’s shortbread recipe, refines it with lemon peel and adds a dollop of organic raspberry jam. Also popular are Broadway Baker’s Salted Caramel Brownies, which were featured in O Magazine in 2017.

His Cranberry Pecan Cornbread is a holiday treat based on one of his favorite NYC restaurants, Home, and their Sage Cornbread.

“I took out the sage and added cranberries, pecans, and whole grain corn for texture, crispness, and extra sweetness,” he said. “I’ve also replaced whole milk with buttermilk (because I like the creamy, tart taste of buttermilk). And I added sour cream for more moisture and creaminess and of course I added more salt (because I love salt) and also more butter.

He said the bread contains fall flavors and staples and is quite hearty. It goes perfectly with salads, for dipping into soups, for serving with chilli or just for eating and enjoying. He said it also goes well with turkey and meat for holiday meals.

“I love to cook and bake with as many local and organic ingredients as possible,” he says. “This bread gives me a feeling of comfort both when preparing and when eating – it is also a wonderful gift: wrap it in cling film, put it in a clear cello bag, tie a ribbon and a bow and give it to yours Neighbors, teachers, postmen. “

In the Osorno household, holidays are really defined by meeting friends and family to share company and food. He said his memories of the Christmas season were full of comfort, joy, home, love, friendship, wonderful baking, cooking smells wafting in the kitchen and all over the house.

In his adopted home, however, he has got used to new traditions.

“I don’t miss the NYC chill,” he said. “A lot of fun hanging out on the beach on Christmas Day !!

1 cup of fire-roasted frozen corn (thawed) or 2 ears of fresh Farmers Market corn (for FM corn with butter, sauté in the pan for 5-10 minutes).

Preheat the oven to 350 degrees F.

Place the butter and parchment in an 8 by 4 inch loaf pan (we bake these into mini loaves at the bakery).

In the bowl of a food processor, add the cornmeal, flour, sugar, baking powder, and salt. Mix on low speed for 1 minute to combine. Add the cranberries, pecans + corn. Mixing.

In a separate bowl, whisk together the buttermilk, egg, sour cream and 4 tablespoons of butter.

Pour your buttermilk mixture into a mixing bowl and blend on low until just blended.

Pour your batter into your butter-and-parchment-lined pan.

Spread the 1 tablespoon of softened butter all over the top of your loaf.

Bake for another 10-15 minutes, until the top is browned and baked through to taste.

Let cool for 10 minutes. Take out of the pan. Arrange, cut and enjoy!

Public Opinion Is Unified on Lowering Drug Prices. Why Are Leaders Settling for Less?