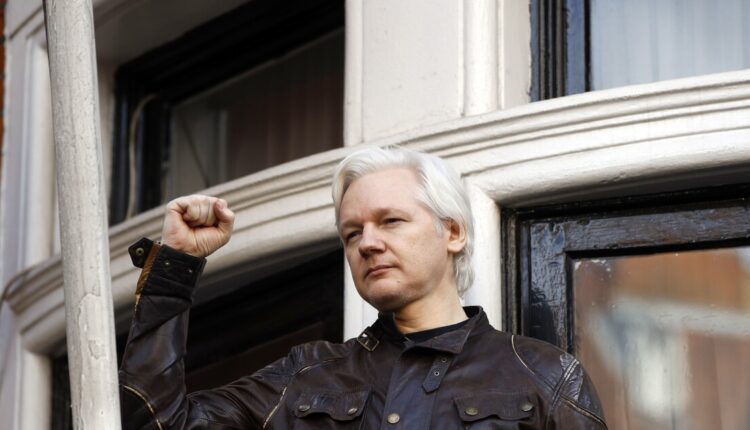 A UK appeals court opened the door for Julian Assange’s extradition to the United States by overturning a lower court ruling that found the WikiLeaks founder’s mental health too fragile to stand up to American criminal justice.

The London High Court ruled that US guarantees were sufficient to ensure humane treatment of Assange and ordered a lower court judge to send the extradition request to the UK Home Secretary for review. The Home Secretary, who oversees law enforcement, will make the final decision on Assange’s extradition.

Assange’s fiancée Stella Moris called the decision a “serious miscarriage of justice” and said lawyers would appeal “at the earliest possible opportunity”.

Assange, 50, is currently being held in London’s maximum security Belmarsh Prison. His supporters gathered in front of the High Court on Friday and issued banners demanding his release.

A lower court judge earlier this year denied a US motion to extradite Assange to the US to face espionage charges over WikiLeaks’ disclosure of classified military documents a decade ago. District Judge Vanessa Baraitser denied extradition on health grounds, saying Assange would likely kill himself if held in harsh US prison conditions.

The United States appealed, challenging the notion that Assange’s mental health made him too vulnerable to stand up to the US judicial system. Attorney James Lewis said Assange had “no history of severe and persistent mental illness” and was not so ill that he could not resist harming himself.

US authorities have told UK judges that he could serve any US prison sentence received in his native Australia if they consented to extradition. Authorities also said he was not being held in Supermax prison in Florence, Colo.

US prosecutors have charged Assange with 17 allegations of espionage and one computer abuse charge for the publication of thousands of leaked military and diplomatic documents by WikiLeaks. The prosecution has a maximum sentence of 175 years in prison, although Lewis said: “The longest prison sentence ever imposed for this offense is 63 months”.

The long-awaited groundbreaking ceremony for the Armenian Center in the San Fernando Valley takes place – Asbarez.com