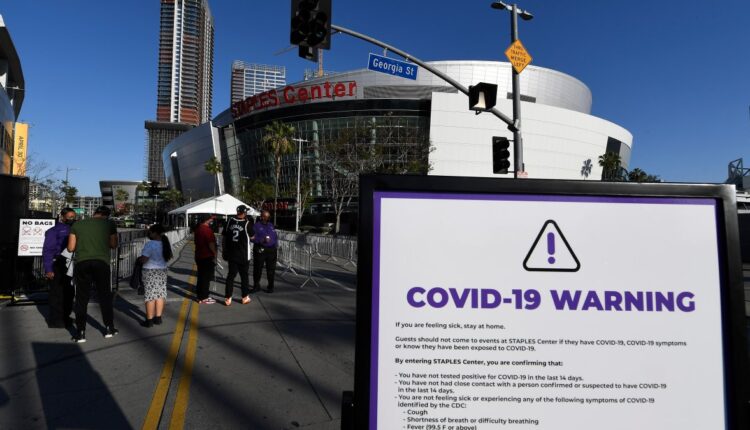 The NBA told its players, coaches and referees on Sunday to receive booster vaccinations against the coronavirus, with special urgency for those who received the Johnson & Johnson single-dose vaccine.

The league and the National Basketball Players Association – which work together on the recommendations of NBA public health and infectious disease experts – said those who received Johnson & Johnson shots more than two months ago should receive a refresher . The booster recommendation was also made for those who received the Pfizer and Moderna vaccines at least six months ago.

The league’s recommendations, obtained by The Associated Press, urged those who originally received Johnson & Johnson vaccines to look for a Pfizer or Moderna booster. Those who got Pfizer or Moderna can just get any booster available, the league said.

The data used in the league’s investigation showed that antibody levels decreased in Pfizer and Moderna recipients after six months and after two months in Johnson & Johnson recipients.

Some teams have already scheduled players to receive booster shots when available. A small number of previously vaccinated NBA players tested positive for COVID-19 this season and entered the league’s health and safety logs.

Among those who have been on hiatus recently: Tobias Harris of Philadelphia who has been experiencing symptoms, said 76ers trainer Doc Rivers.

“He’s fine, but honestly not great. … It sure hit him, “Rivers said last week. “A lot of guys had that and they’re pissed off, like, ‘What the hell, I’m fine.’ Tobias doesn’t belong in this category right now, I can tell you that. “

In some cases, those who are vaccinated but choose not to get a booster would be retested on game day starting December 1, the NBA said. The December 1st date depends on when the person was originally vaccinated and what type of vaccine they received.

About 97% of NBA players were considered vaccinated at the start of the season last month. In the US, nearly 60% of the population – more than 193 million people – are fully vaccinated. More than 21 million have received a booster dose, and those numbers are increasing every day.

The NFL warned teams Thursday that COVID-19 outbreaks among unvaccinated players could result in lost games and other penalties.

As Constituents Clamor for Ivermectin, Republican Politicians Embrace the Cause