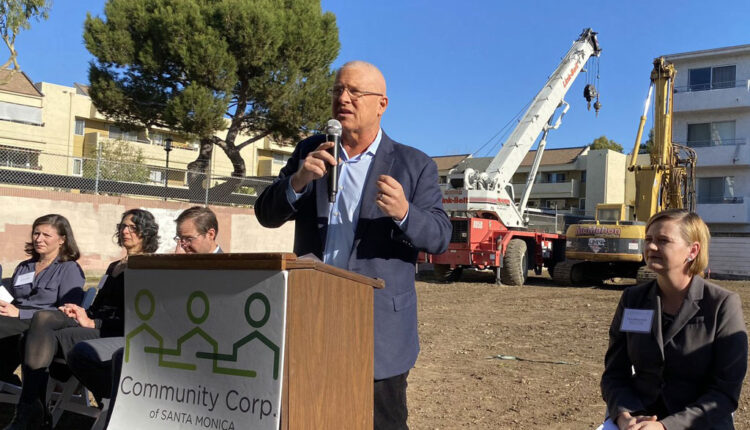 Despite collecting over 39,000 signatures, an attempt to recall CD-11 Councilman Mike Bonin was rejected by the city clerk because only 25,965 signatures were deemed valid.

This is 1,352 short of the 27,317 signatures required to trigger a recall, and was an announcement made by Bonin with joy and renewed determination from advocates for the recall, who are trying to oust Bonin as he faces re-election in 2022.

The recall was fueled by dissatisfaction with Bonin’s approach to homelessness, which advocates for the recall say has deteriorated significantly during his tenure, becoming particularly egregious in Venice.

Tensions in the community boiled over in the summer of 2021 as over 250 people camped out on the Boardwalk, flared up over Bonin’s proposal to house the homeless in beach parking lots, and were recently reignited by his proposal to open a decompression center for the homeless next to an elementary school. The decompression center plans were put on hold the same day the recall results were announced.

“Today we learned that at least 26,000 residents of CD-11 are ready for an immediate leadership change at City Hall. That may be close enough to trigger an immediate recall from Mike Bonin, but it’s only a fraction of voters who will vote him out on June 7,” CD-11 candidate Traci Park said in a statement on the recall results .

Park was referring to the June 7 primary, in which candidates can win their seat on the city council if they get a majority of the votes. Park launched her campaign in July 2021 and is the lead candidate against Bonin, who was first elected in 2013 and won re-election in 2017.

“I speak to local residents every day who are fed up with the deteriorating situation on our streets and in our neighborhoods,” Park said. “Mike Bonin’s failure has made our community more unsafe, harmed local businesses and damaged our wetlands and beaches.”

Bonin responded to the recall messages with joy and a promise to double down on its services rather than an enforcement-based approach.

“Great news! The attempt to remove me from office has failed,” Bonin tweeted on January 18. “Today is the end of a wasteful, distracting abuse of the electoral process. But it is far from the end of the attacks on our progressives Values ​​and Solutions for Homelessness.”

On January 18, it was announced that one of Bonin’s proposed solutions to Venice’s homelessness was on hold following a cease and desist letter from a local organization called Venice Kids Count.

Bonin sought to open a “decompression center” at the Westminster Senior Center that would provide those without shelter with services and a place to recover from a mental health crisis or drug use. Bonin also shared plans to potentially use the site as a winter shelter for the homeless.

Venice Kids Count declined to use this site for such purposes as it is adjacent to Westminster Elementary School and three pre-schools serving over 400 children. It also borders a heavily used community dog ​​park and an early education center that serves low-income families.

In 2016, Venice Kids Count filed a lawsuit to prevent an earlier plan by Bonin to use the senior center to provide showers, property storage, and postal facilities to those without housing. As part of the settlement of the lawsuit, the city must notify the organization 60 days in advance of plans to use the center as a homeless shelter, which Venice Kids Count attorneys say the city failed to do for the proposed decompression center.

At a meeting on Jan. 18, officials from the city of LA. said decompression shelter plans are on hold while prosecutors respond to the cease-and-desist letter.

The Westside Current contributed to this story.