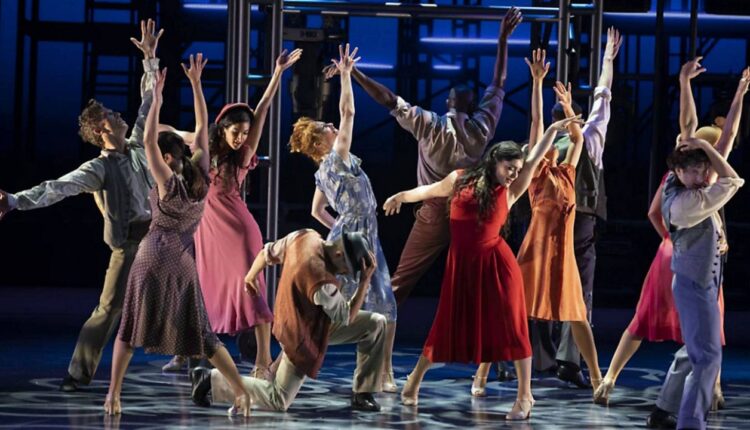 Director and choreographer Bob Fosse won a Tony for his 1978 production of “Dancin.'”

Now, original cast member Wayne Cilento has brought “Dancin'” back to the stage at the Old Globe in San Diego. In an interview for “LA” Times Today, Cilento told host Lisa McRee about honoring Fosse’s legacy and modernizing the show.

Cilento reflected on the original run of “Dancin'” and the toll it took on the cast.

“From my point of view, it was very hard because I did everything in the show. For some reason, [Fosse] just put me in every number. Even if I was doing a number before, he would have me change and get into a number in the middle of the number. So I was out of two numbers. Charles Ward’s solo and ‘Here You Come Again,’ which is the girls’ vocal,” he said. “I think in a strange way, it helped me get through it because I never stopped. There was no time for my body to drop down. Once I started, it was straightforward for 2 hours. That was it.”

When Cilento was performing in the show, there were nights when so many dancers were injured that they performed with less than a full cast. He talked about what he’s doing to prevent that in the new staging.

“I distributed the roles a lot smarter. I just wanted to feature the 16 dancers evenly so it would be less strenuous. So everyone has, I would say, three to four specials and features. Either monologues for vocals or solo performances or duets or trios or whatever. But it was, it’s all kind of evenly distributed,” Cilento said. “But, you know, they have to take care of themselves and be very smart about their bodies. And I think this generation of dancers are smarter than us.”

Cilento said that working on this staging helped him understand Fosse more than he had before. He took his position as someone who knew Fosse seriously and imparted wisdom to his cast and to the audience.

“It’s a celebration, and it’s getting to know Bob as a true dancer, as a performer, as a choreographer, as a director,” Cilento said “And I wanted to incorporate all that in this new interpretation of what ‘Dancin” was “I mean, he is a genius. He’s always pushing envelopes and buttons. And I wanted to stay on that wavelength. And in my mind, I’m thinking if he was doing this today and this generation, what would he possibly pull out.” ? And so that was my gauge just to stay true to him and him just riding on my back.”

“Dancin’” will be at the Old Globe in San Diego until June 5.

Click the arrow above to watch the full interview.