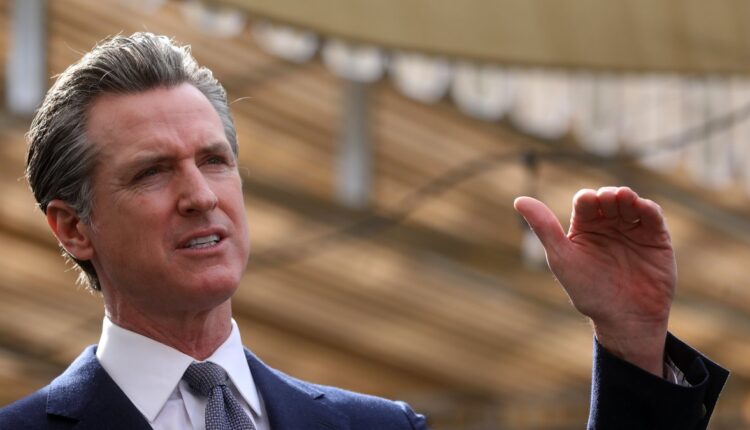 A new bill in California would allow private citizens go after gun makers in the same way Texas lets them target abortion providers.

Newsom said he hopes the proposal forces the US Supreme Court’s hand on the Texas abortion law. He said it will either expose their “hypocrisy” if they should block California’s proposal that affects the gun industry and not the Texas law on abortion.

“Or it’ll get them to reconsider the absurdity of their previous decision,” Newsom said, adding: “There is no principled way the US Supreme Court cannot uphold this California law. None. Period full stop. It is quite literally modeled after the law they just upheld in Texas.”

Texas and other conservative-led states have tried for years to ban abortions once a heartbeat is detected, at around six weeks of pregnancy, which is sometimes before the person knows they are pregnant. But the states’ attempts have been blocked by the courts.

But Texas’ new abortion law is unique in that it bars the government from enforcing the law. The idea is if the government can’t enforce the law, it can’t be sued to block it in court. That hasn’t stopped abortion providers from trying to block the law. But so far, the US Supreme Court’s conservative majority has allowed the abortion law to stay in place pending a legal challenge.

That decision incensed Newsom and his Democratic allies in the state Legislature. California has banned the manufacture and sale of assault weapons for decades. But last year, a federal judge overturned that ban. The law is still in place while the state appeals the decision.

But the decision inspired Newsom and Democrats in the state Legislature to copy Texas’ abortion law, but make it apply to gun makers instead of abortion providers.

The proposal fulfills fears from some gun rights groups, who have opposed the Texas abortion law because they worried liberal states like California would use the same principle on guns.

“If Texas succeeds in its gambit here, New York, California, New Jersey, and others will not be far behind in adopting equally aggressive gambits to not merely chill but to freeze the right to keep and bear arms,” attorney Erik Jaffe wrote in a legal brief on behalf of the Firearms Policy Coalition, a nonprofit group that advocates for gun rights.

California’s bill has not yet been filed in the state Legislature. But a fact sheet provided by Hertzberg’s office said the bill would apply to those who manufacture, distribute, transport, import into California, or sell assault weapons, .50 BMG rifles, ghost guns or ghost gun kits.

Ghost guns are weapons bought online and assembled at home. They don’t have serial numbers, making them difficult to trace.

The bill would let people seek a court order to stop the spread of these weapons and recover up to $10,000 in damages for each weapon, plus attorney’s fees.

Republican legislative leaders and the California Republican Party did not immediately comment.

The bill is one of four pieces of legislation targeting the gun industry in California. The other bills would make it illegal to market assault weapons to children, make it easier for people to sue gun manufacturers for liability in shooting incidents and crack down on ghost guns.

PTA Responds To Criticisms Of Anti-Asian Characters In Licorice Pizza