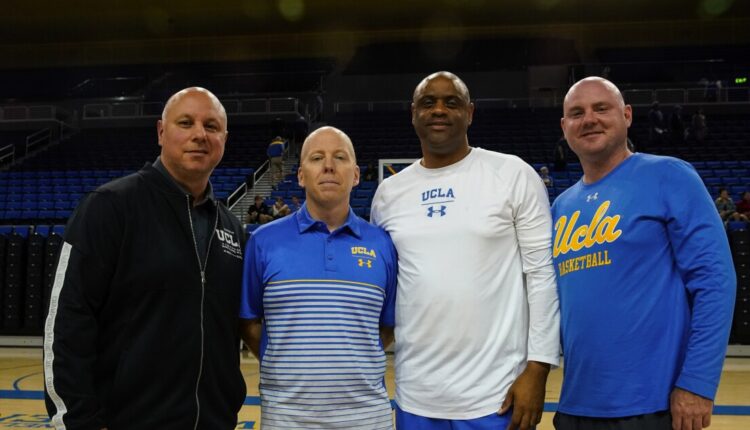 Mick Cronin likes to say that he has three head coaches on his UCLA staff, a way for him to praise the work of his assistants while lobbying for them to get head coaching jobs.

One down, two to go.

Michael Lewis was hired by Ball State on Friday in a move that will allow the Indiana native who played for Bobby Knight and the Hoosiers to come home. Lewis will start his new post after the Bruins finish playing in the NCAA tournament.

The Bruins play North Carolina in an East Regional semifinal at 6:39 pm PDT Friday at the Wells Fargo Center.

Lewis, 44, has worked alongside Cronin for all three seasons since Cronin’s arrival in Westwood, helping the team reach the Final Four in 2021. Lewis is credited with the development of the guards, compiling effective scouting reports and helping every player on the team improve his free throw shooting.

“He has been a huge part of our success over the last three years in Westwood,” Cronin said. “Ball State is getting a rising star in college coaching in coach Lewis. Michael has the entire package of coaching acumen, player relation skills and recruiting chops to build the cards into a force in the Mid-American Conference.”

Before coming to UCLA, Lewis had made coaching stops at Nebraska, Butler, Eastern Illinois and Stephen F. Austin after starting his career in the profession as a graduate assistant at Texas Tech.

After becoming Gatorade state player of the year while starring at Jasper High in Indiana, Lewis played for the Hoosiers from 1996-2000. He was Indiana’s all-time leader with 545 assists at the end of his career before being surpassed by Yogi Ferrell (633).

Lewis’ deep Indiana ties were among the factors that made him attractive to Ball State.

“Basketball in our state is personified in Michael Lewis,” Ball State athletic director Beth Goetz said in a statement. “His outlook on the game, relationship building, recruiting network, pedigree and proactive approach to engagement with our stakeholders resides at a high level.

“Additionally, his program values ​​and standards on the court, in the classroom and the community will create a road map for the Cardinals to move onward, compete for Mid-American Conference titles and position our institution for a return to the NCAA tournament.”

Ball State has not made the NCAA tournament since 2000, losing to UCLA in the first round.

Watch: Omicron Subvariant Is Nothing to Sneeze At, Explains KHN’s Public Health Expert