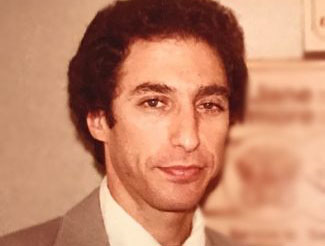 He died on January 25 surrounded by his family and friends after a short illness. He was 79 years old.

Friedman was born in Brooklyn, New York in 1942 but spent most of his childhood in San Bernardino.

He graduated from the Journalism Department at California State University at Northridge, then known as San Fernando Valley State College.

For nearly 11 years, he covered crime and lawsuits for the Los Angeles Daily News, including a series on serial killer Richard Ramirez, the notorious night stalker. During this time, Friedman received well-deserved awards, including the Greater Los Angeles Press Club’s Best Story award for his reporting on the economy of Southern California and the Valley Press Club’s Best In-Depth Reporting award, which he received in 1981.

Friedman has also been involved in producing stories and screenplays for network television. He worked on the 1989 docudrama Manhunt: Search for the Night Stalker.

Friedman later helped write the screenplay and co-produced NBC’s In the Line of Duty: The Price of Vengeance, which is based on real events when a Los Angeles police officer was pursued and killed by a gang leader. The detective was Friedman’s college friend.

Beginning in the 1990s, Friedman wrote stories for major networks, including CBS’s 60 Minutes and 48 Hours, ABC’s 20/20 and Primetime, and NBC’s Dateline. He also co-produced three segments for correspondent Mike Wallace, including a 1999 story about medical fraud in California and a story about the Los Angeles Police Department’s handling of allegations of domestic violence against its officers.

He is survived by his son Josh Friedman, who is also a reporter.

Friedman was memorialized Tuesday at a funeral in San Bernardino.