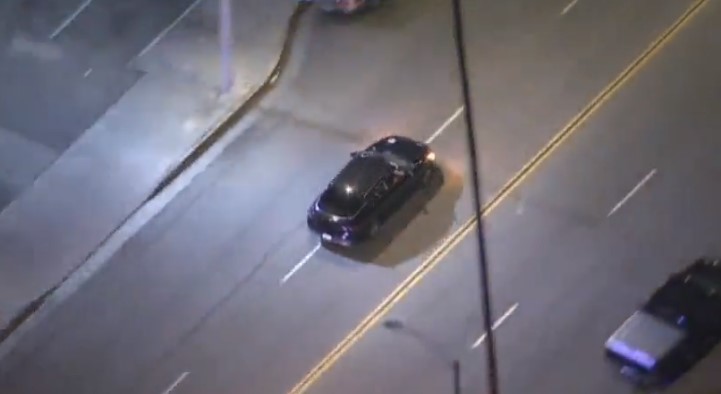 Authorities pursued a driver for more than an hour in Glendale, East Los Angeles and South Los Angeles Thursday night.

The pursuit began near Glendale, though the California Highway Patrol later took over the pursuit. The Los Angeles Police Department never joined the chase.

Before KTLA’s coverage of the pursuit began, aerial footage showed the driver doing donuts in the street and appearing to taunt police, a stunt the driver repeated numerous times during the chase.

He also used his headlights and hazard lights in what appeared to be an attempt to get the attention of officers when they pulled back.

The driver eventually got close enough to LAX that Sky5 was unable to remain above the car, and when the helicopter repositioned, the car was surrounded by CHP officers, who took the driver into custody.

Who is Paul Michael? Get to know Amanda Bynes’ fiancé