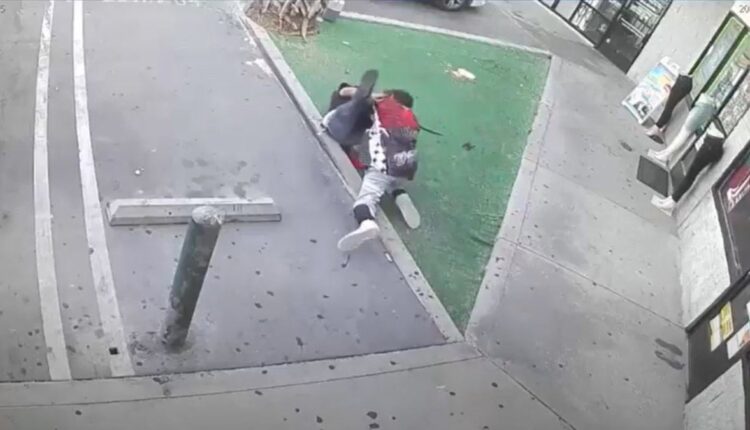 A violent attack on Sunday in front of a video store in Panorama City left a man in critical condition and the police were looking for the person responsible.

Los Angeles police released videos and stills of an attempted murder on camera Friday in hopes the public can help identify a person suspected of stabbing a man on June 20 .

Police are looking for the person who is a Hispanic male with long brown hair, 5 feet tall, weighs about 150 pounds and is about 30 years old.

The LAPD released videos and images of a man suspected of stabbing another person during a violent assault and attempted murder caught on camera in Panorama City on June 20, 2021.

According to the LAPD, the incident occurred around 7 p.m. in the 14700 block of Parthenia Street. Allegedly, the victim was in the video store when another man came up to him and challenged him to a fight.

During the fight, the victim’s ankle was broken and police said he was unable to get up. Then the video shows the other man walking, coming back with a knife in hand, and stabbing the victim who was lying on the ground.

Paramedics from the Los Angeles Fire Department took the victim to the hospital in critical condition, the LAPD said.

Anyone with information is asked to call LAPD Mission Area Detective Gehart at 818-838-9830. Anyone who wishes to remain anonymous can call Crime Stoppers at 800-222-8477.