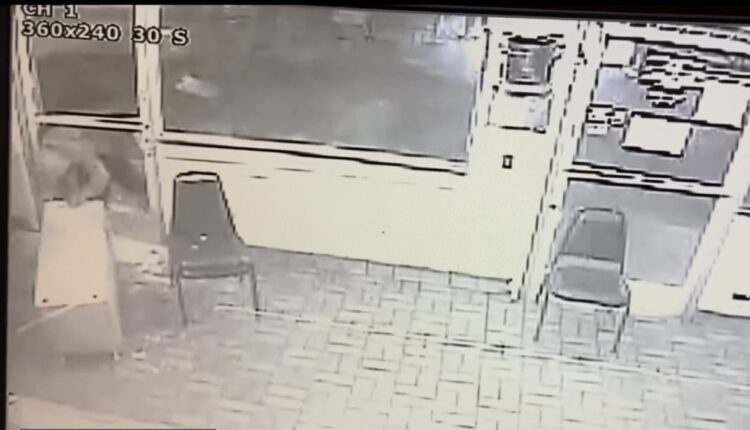 Video from a witness and security camera captured a burglar who broke into a Pioneer Chicken in Boyle Heights and left with the restaurant’s ATM early Wednesday morning.

The thief smashed a glass door to gain entry to the establishment at Soto Street and Whittier Boulevard. A witness recorded video of what happened next as the thief used a saw to free the ATM from the floor where it was bolted down.

Security footage later captured the burglar dragging the machine with him through the smashed door before fleeing the scene.

It is unclear how much money the thief stole, and no arrests were reported.