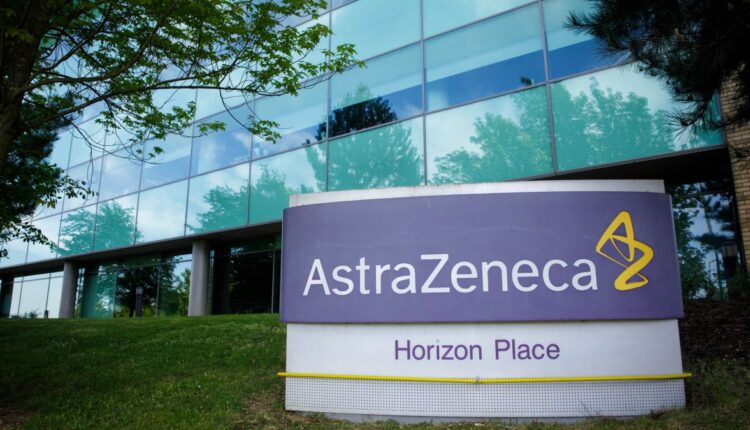 AstraZeneca, the drug company that developed one of the first COVID-19 vaccines, has asked the U.S. Food and Drug Administration to approve the emergency use of a novel antibody treatment to prevent the disease.

The Anglo-Swedish company announced Tuesday that the treatment known as AZD7442 would be the first long-acting antibody combination to receive emergency approval for COVID-19 prevention. If approved, the drug would likely be restricted to people with compromised immune systems who are not receiving adequate protection from vaccinations.

“First and foremost, we want to protect the vulnerable populations who have not been adequately protected by the vaccine,” said Menelas Pangalos, director of research and development at AstraZeneca. “But ultimately it will be up to the health authorities to find out who they want to vaccinate.”

Pangalos said the company’s long-acting formulation is said to boost immunity by up to a year compared to existing drugs that offer a month or two of protection.

The FDA has approved three more antibody drugs, including two that can be given to ward off symptoms after possible COVID-19 exposure. AstraZeneca’s drug would instead be given as a preventive measure in people who are more susceptible to the virus.

The FDA has emphasized that antibody drugs are not a substitute for vaccination, which is the most effective and permanent form of virus protection. Antibody drugs are also expensive to manufacture and require IV or injection and medical personnel to administer.

Late-stage human studies showed AstraZeneca’s antibody drug reduced risk of symptomatic COVID-19 disease by 77%. More than three-quarters of the participants had suppressed immune systems due to cancer, lupus, and other conditions that made them more susceptible to serious illnesses.

Pangalos said the company’s drug will “provide an additional option to protect against COVID-19 in addition to vaccines.” The company will also apply for regulatory approvals in Europe and other regions of the world.

The drugs are laboratory-made versions of virus-blocking antibodies that help fight infections. The treatments help the patient by delivering concentrated doses of one or two antibodies.

US demand for the treatments soared over the summer, particularly in states like Florida, Louisiana, and Texas, where unvaccinated patients threatened to overwhelm hospitals.

The major antibody treatments used in the US are from Regeneron and Eli Lilly & Co. The US government has purchased large quantities of both drugs and is overseeing their distribution in the States.

AstraZeneca said it is in purchase talks with the US and other governments around the world. Pangalos said that if approved, the company would be able to produce doses in the “low millions”.

The Associated Press Health and Science Department is supported by the Howard Hughes Medical Institute’s Department of Science Education. The AP is solely responsible for all content.