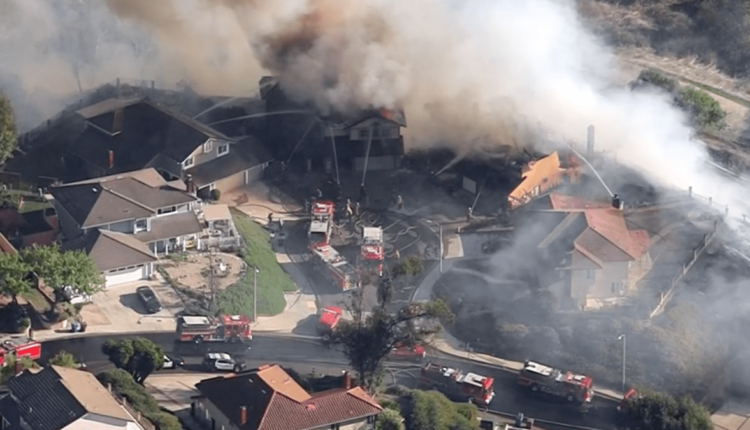 Authorities have made an arrest in connection with a brush fire that spread to homes during a hot and windy Thursday afternoon in Whittier.

At least two homes were destroyed by the Sycamore Fire in the 11700 block of Banyon Rim Drive.

In a statement Friday, the Los Angeles Sheriff’s Department said Special Enforcement Bureau Arson Explosives Detail is investigating the fire, and detectives arrested a suspect found in the canyon with burns.

The man in his 50s, a Whittier resident, was arrested on suspicion of Arson. He was not identified.

Two homes burned on Cinco View Drive, next to Rose Hills Memorial Park. The fire gate through brush below a cul de sac with a number of homes.

Windy conditions fanned the flames during a day of wind advisories in Southern California.

Why is there an AR mushroom cloud over Santa Monica Pier?